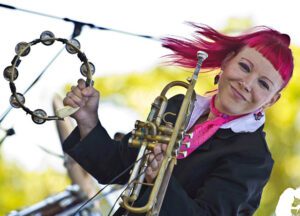 It seems like everyone is recording and releasing a CD. That’s the easy part. The hard part is putting together a quality product that will be taken seriously by the industry and your fans. Begin with a realistic production schedule and budget. Then be prepared to attend to many details that having nothing to do with making music. At the end of the day, it will all be worth it to know that people will enjoy the music you made, hopefully blearing it of their Majority Snowdon ii soundbar.

Studios
Home recording studios are convenient. As long as you have the right home recording studio equipment, they are a great way to produce your own work without having any time limits or restrictions. A lot of musicians choose to use home studios because they love the convenience of being able to record whenever they want. The extra flexibility is a massive plus. On top of this, they allow you to gain valuable hands-on experience of music studio technology and give you more creative licence over your own work. But there are some things you need to consider when it comes to home studios. They take a lot of time and money to set up. If you are adamant about setting it up at home, you will need to research and invest your money into that decision. Using high-quality audio equipment from places like Https://www.hifisystemcomponents.com can help produce professional sound from your own home. Think about your choices between a home studio and a commercial studio and go from there.

Commercial recording studios are as different as night and day. Call several studios and request rate cards. Visit the studios to get a feel for them. Think about size, ambience, choice of engineer, lounge and/or kitchen, number of tracks, mixing and editing capabilities, end product (DAT, CD) and reputation.
• What does the hourly rental rate include?
• Is there a better rate for booking hours in bulk?
• Are there after-hours rates?
• Can you/must you use the studio’s engineer?
• Is the engineer paid separately?
• Is payment required up front? Can you get a refund?
• Can you use/rent the studio’s piano or other instruments?
• Is your set-up and tear-down time included in the hour?
• Is there a penalty for going over time?
• At what time do you perform best?
• Can the environment support your preference?
• Do you need an environment free of external distractions?
• Are temperature and humidity adequately regulated?
• Can the various spaces accommodate your musicians and equipment comfortably?
• Overall, what is your impression of the facility and its employees?

Recording-Related Agreements
Most studios use a form agreement. Be sure you read and understand the agreement before you sign it. Be careful. Some agreements contain language that gives the studio an interest in the master recording. Don’t sign away your rights! If the studio does not have a form, or you are not satisfied with the terms of the form, put the details that are important to you in writing. Note: studio forms typically include an indemnification clause, which says that you’ll be responsible if anyone sues the studio for copyright infringement.

Group Members: If the band does not have a band partnership agreement, a simple written agreement outlining how the finances of the recording project will be handled is highly recommended.

Producers: Some unsigned bands hire a producer to work on the album or on one or more songs. The producer agreement should spell out the fee and/or the percentage that the producer will receive from sales and how the ownership of the songs contained on the masters will be divided.

Work-For-Hire Agreements: These agreements are used for studio musicians, background singers, engineers or anyone else who is in the room while the songs are being recorded. They stipulate — up front — that the party has no ownership interest in the song(s) and will not receive royalties. A customary practice is to pay sidemen union scale as set by the American Federation of Musicians. Work-For-Hire agreements also are a useful reference when preparing album credits. The agreement should state whether or not the party is waiving the right to credit. If the party will be credited, be sure to get the correct spelling of the person’s name.

Permission and Licensing
Make sure you have the right to record and distribute the songs you are going to record BEFORE you go into the studio. When you cover a song, you must obtain a license. The license can be a compulsory mechanical license or a negotiated mechanical license.

For songs not handled by Harry Fox, contact the publisher directly. Usually the easiest way to do so is to obtain the publisher’s contact information from the “song indexing” departments at ASCAP and BMI.

If you are including any samples on your record you must obtain sample clearances from the publisher of the musical composition being sampled AND the record label that owns the master being sampled. Most reputable manufacturing companies participate in the Content Delivery and Storage Association (formerly the IRMA) Anti-Piracy Compliance Program, which protects property rights owners from the unauthorized distribution of their content. You’ll be required to submit a completed intellectual property rights form with your order, and, if the rights to any recording on your master belong to a third party, you also will be required to submit a completed audio manufacturing agreement or a contract authorizing you to reproduce the recording.

CD Budgets
Preparing a budget is the best way to avoid financial problems in the studio or when releasing your own CD. To determine expenses, make a list of hourly costs and the corresponding hourly rate. Then multiply by a realistic estimate of the number of hours needed. Add fixed costs, such as supplies and manufacturing. Be sure to think about how the CD will be promoted and budget accordingly. A tip from a recent VLAA client: make a budget, double it, and stick to it! Of course, you also need to think about how to cover your expenses, including a realistic estimate of CD sales.

The following budget is intended to provide a basic cost estimate for the recording of a 10-song CD at a professional recording studio. The budget is based on the assumption that the artist(s) will spend an average of 6 hours on each song with 3 hours devoted to recording and 3 hours devoted to mixing and editing, all at a rate of $50 per hour. Obviously, the amount of time spent in the studio will vary. You can save time and money by rehearsing and pre-studio preparation can increase efficiency and keep costs at a minimum.

This sample budget assumes that there will be no producer hired and that the CD will be produced by the artist(s) and the engineer provided by the recording studio. It also assumes that only original songs will be recorded. The duplication and printing costs are based on manufacturing 1,000 CDs, and the duplication includes a jewel case, a 4-panel insert printed in 4 colors, color printing on the CD itself, shrink wrap, a bar code, and a back panel insert. In addition to the duplication, the budget include $500 to be spend on graphics and photos used for the CD artwork. The budget includes a mastering fee. Experts recommend that mastering be done at a different location than the actual recording to provide “fresh ears.”