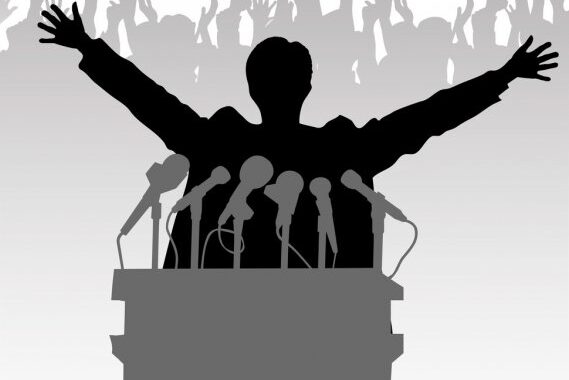 Be aware that 501(c)(3) organizations are prohibited from participating or intervening in any political campaign on behalf of or in opposition to candidates for public office. The prohibition applies to campaigns at the federal, state and local level. Violation of this prohibition could result in revocation of your organization’s tax-exempt status and/or the imposition of certain excise taxes.

IRS materials specifically address the Internet, noting that organizations routinely link to other sites as a way of providing additional information. If an organization posts something on its site or provides a link that seems to favor or oppose a candidate for public office, the IRS says linking will be treated the same as if the organization distributed printed material, oral statements or social media posts that favored or opposed a candidate.

Renting your mailing list or space are a prohibited political activities, unless opposing candidates are offered, the same opportunities (preferably in writing) at the same terms.

Some election-related activities are permitted, as long as they are even-handed. For example, the law clearly allows 501(c)(3) organizations to engage in voter education, voter registration and get-out-the-vote activities. There is one overriding rule: The activities must be nonpartisan, which simply means a nonprofit cannot show or state a preference for or against a particular candidate or candidates, a particular political party or candidates or parties who have taken particular positions.

While it’s unlikely that your organization will be hosting public events during the pandemic, the IRS says that public forums involving candidates qualify as exempt educational activities. Again, those forums cannot show any bias. When a candidate is invited to speak, the organization must provide an equal opportunity to the other candidates seeking the same office. Don’t indicate any support for or opposed to the candidate (this should be stated explicitly when the candidate is introduced), and make sure no political fundraising occurs.

Tax-exempt organizations are permitted to speak out on issues and need not engage in self-censorship during a campaign. However, the IRS frowns on the use of “coded language” that conjures favorable or unfavorable images of candidates. Examples include “conservative,” “liberal” or even “friend of the arts.”

The political campaign intervention prohibition is not intended to restrict free expression on political matters by leaders of organizations speaking for themselves, as individuals. Nor are leaders prohibited from speaking about important issues of public policy.

To avoid potential attribution of their comments outside of organization functions and publications, the IRS encourages leaders who speak or write in their individual capacity to clearly indicate that their comments are personal and not intended to represent the views of the organization.

Finally, the prohibition against political campaign activity is separate from lobbying or participating in legislative activities, which are permitted (with some limitations).

This article is not intended to serve as a substitute for professional tax advice and is being distributed with the understanding that VLAA is not rendering legal or accounting services. Readers are encouraged to consult a competent professional for advice concerning specific matters.

Unless Congress acts during its lame duck session, millions of Americans will see their Pandemic Unemployment Assistance (PUA) benefits expire on December 31, and many mixed income artists will begin 2020 without enough money to pay their rent or buy…

Fearless Girl says price the job, not the person

Fearless Girl and the gender pay gap are back in the news with an ironic twist. State Street Global Advisors, the firm that commissioned the crowd-pleasing sculpture as part of its campaign to increase the number of women who serve…