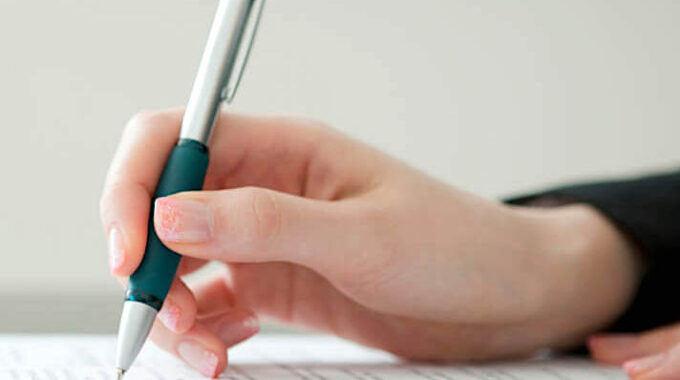 When offering services to a potential client, whether it be for photography, music, or other projects, it is important to discuss what the client is looking for and what you can offer. Arguably it is most important to then take these agreed-upon terms and solidify them into a written contract. A written contract is something all artists should make sure is signed with every client with whom they work because these contracts usually stand up better in court than verbal contracts.

An oral contract is still a valid contract if the standard requirements of a contract are met, which then makes it a legally enforceable contract. These requirements are: (1) mutual assent, which is expressed by a valid offer and acceptance; (2) adequate consideration, and (3) capacity. Mutual assent is an agreement by both parties to the contract, and it can be shown in the form of an offer and acceptance, such as an offer to do X in exchange for Y, followed by an acceptance of this offer. Adequate consideration for a contract exists when there is a promise in return for something else. An example would be a promise to photograph a wedding in exchange for payment of $330. Capacity refers to the ability for the parties to make rational decisions based upon all relevant facts and considerations. This often refers to the person’s minimum age (18 in most states) and for them to be of sound mind. A person deemed to be not of sound mind can make the contract void — unenforceable by either party — or voidable — a contract that can still be enforced by a party.

If one party has failed to fulfill their part of a deal, a claim for quantum meruit recovery may be applicable to the performing party. This implied type of contract is called a quasi-contract and a party can sue for damages under it. The remedy for breach of a quasi-contract is restitution or recovery under a theory of quantum meruit. Restitution is when the amount of recovery is based upon the defendant’s gain rather than the plaintiff’s loss. Recovery means to receive a money judgment in a lawsuit. The theory of quantum meruit, according to Black’s Legal Dictionary, is “an action to recover damages for breach of contract, for work on a promise implied from the conduct of a party.” In other words, to succeed on a claim of quantum meruit, there must be (1) no existing, enforceable contract between the parties covering the same subject matter; (2) the party seeking recovery must prove that it provided valuable goods and services; (3) the party to be charged must have received the goods or services; (4) the circumstances must indicate that the parties involved in the transaction should have reasonably understood that the person providing the goods or services expected to be compensated, and (5) the circumstances must also demonstrate that it would be unjust for the party benefiting from the goods or services to retain them without paying for them.

Even though verbal agreements can also be legally enforceable contracts, the party seeking the contract to be enforced has quite a bit of extra work to do in establishing that the goods or services they provided were at the defendant’s request and that there was a legally enforceable contract. If a party is trying to establish an oral contract as legally enforceable, it needs to show that the agreement itcame to with another party was more than a casual conversation and that the terms of the verbal contract were enforceable. One important thing to note in a quantum meruit claim is that the recovery of a restitution amount is usually determined by the reasonable value of the goods or services provided by one party.

When it comes to establishing a quantum meruit claim, written details are preferred because these terms can then be shown to the judge. If a party can demonstrate that there were written terms agreed upon by both parties, and that they provided the services specified, e.g., by receipts, production of the commissioned artwork, and the like, then a judge is more likely to rule in favor of that party. While a written contract is strongly encouraged when dealing with prospective clients, oral contracts can also be successful in quantum meruit claims; they’re just much more difficult to prove.

The Smart Copyright Act May Not Be So “Smart”

By Katharine A. Buescher J.D. Candidate 2024 Saint Louis University School of Law What started out as a way to create a healthier Internet for rights owners may become a way for police officers to take advantage of a law…