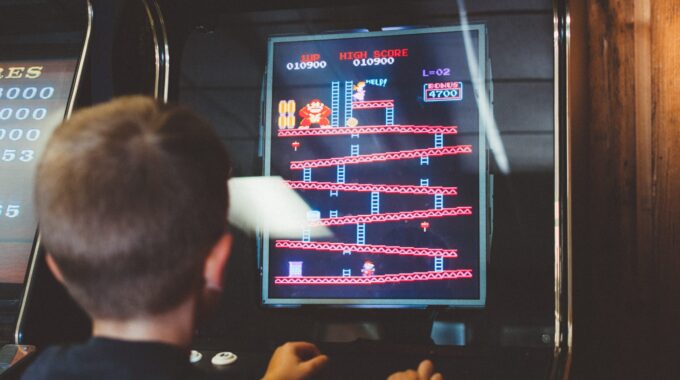 “Above all, video games are meant to just be one thing: Fun for everyone.”
— Satoru Iwata, late CEO of Nintendo

It has often been said that imitation is the highest form of flattery, but in the gaming legal arena, the lines between harmless emulation and shameless stealing are about as thin as your chances of getting that perfect line piece in Tetris.

Originality in video games is a difficult thing to accomplish, especially in a modern age where everything at a player’s fingertips is either a new spin on a familiar classic or another installment in a long line of sequels. The fires of human creativity are fueled by the ideas and expressions of the past, and in that sense, anything new is not truly new.

But creatives do not mourn this inspiration-imitation cycle, for indeed what is the Renaissance without its Classical imitations, or The Lord of the Rings without its takings from Beowulf, Arthurian legend, and Welsh mythos? The fact remains that if the high schoolers who created Maze War were able to monopolize the entire first-person-shooter genre, gaming enthusiasts would never know the likes of Halo, Call of Duty, or Doom.

Truthfully, when it comes down to copyright issues in gaming, the rub comes not with the birth of new and fantastic stories, characters, or worlds that are inspired by past creations, but it lies instead in the theft of the essential protectable expression of the game itself.

This is what is known as the idea/expression distinction.

A Look at the Legal Stuff: Idea/Expression Distinction
In their essence, copyright laws exist to protect and reward creators’ original works of literary, artistic and other forms of authorship. These protections cover everything from books, to computer coding, to high fashion. As stated in the U.S. Copyright Act, if the work is an original creation, fixed in a tangible medium, then it is protectible under law.

In other words, any creative work can be protected so long as it is original and “sufficiently permanent or stable to permit it to be perceived, reproduced, or otherwise communicated” for a period of time longer than a brief transition. Thus, the basic rules and mechanics of a video game would not likely be able to be protected under copyright law, as there are hundreds of ways to measure a team-based frames per second (FPS) game, or create a player versus player (PvP) dungeon crawler scenario. These would be considered game ideas, which are not protectible. However, there is only one League of Legends or Rainbow Six: Siege, both of which are protectible expressions of those aforementioned game ideas.

Of course, there is a caveat to the protection so afforded to copyrightable works. To be protected, your work cannot infringe upon another copyrightable creation. To prove copyright infringement in court, ownership of a valid copyright registration encompassing originality of the alleged infringed work must first be proven by the copyright owner. Secondly, actionable copying by the defendant of constituent elements of the work that are original must be proven.  To prove actionable copying by the defendant, the plaintiff must prove that (i) the defendant factually copied the protected material and that (ii) there is a “substantial similarity” between the two works.  Since it’s often tough to get direct evidence of copying, circumstantial evidence must often be relied upon to show factual copying. Circumstantial evidence may include either (i) proof of access to the allegedly infringed work in combination with evidence of a ”probative similarity” between the works, or (ii) in the absence of proof of access, evidence of a “striking similarity” between the works.

Going back to video games, since they are widely disseminated, proof of access in an infringement claim is almost never contested, making substantial similarity the “final boss”. But what falls under “substantial similarity”? It was possibly said best by a New York U.S. district court in Saul Steinberg v. Columbia Pictures Industries, Inc.: if an artistic choice is not an inevitable way of bringing an idea into an expression, then the two works are more likely to be substantially similar to one another. More simply put: it’s copying if the degree of similarity between the two works is far too great for mere coincidence.

Now, when evaluating a copyright infringement claim, courts do not include unprotected elements in their analysis. These would be the things that are “inevitable” to a certain genre or type of game. For example, take a first-person-shooter game set in a sci-fi world. Spaceships, aliens, laser-guns, lightspeed travel, and a first-person-perspective would all be considered scenes à faire, meaning scenes or features that are essential or common to a specific genre. So while you cannot copyright the underlying ideas of a FPS sci-fi game, you can protect your particular expression within that genre (and indeed many have!).

So how have courts applied these principles?

A Look at Courts and Copyrights: The Swinging Pendulum of Game Clones
If one were to zoom out to a timeline of court cases and video games, a rather interesting, if not muddled, pendulum effect would make itself evident. In the late 1970’s-1990’s, courts would repeatedly rule both against and for the creation and selling of, essentially, copycat video games. The first and arguably most significant of these cases was Atari v. Amusement World. Atari released the revolutionary game Asteroids in 1979, selling over 70,000 arcade cabinets, it was incredibly popular. Atari’s perch was heavily contested by imitators however, the most tenacious of them being the game Meteors, released in 1981 by Amusement World.

Being a blatant copy of Atari’s hit, Amusement World was promptly sued for copyright infringement. There was more than enough evidence to show a large amount of similarity between the two works, including a statement from the game’s creator himself that he intentionally wanted to make a better version of Atari’s Asteroids.

FINISH THEM! Right? Game Over? Wrong! Despite the overwhelming evidence, the U.S. district court in Maryland ruled that Meteors lacked substantial similarity to Asteroids. But how could this be? Clearly Amusement World seemed to have all the right criteria for copyright infringement, so why rule against Atari?

In the written opinion, the court reasoned that if one wanted to make a game where shooting space rocks with a tiny spaceship to score points was the main premise, then such things were scenes à faire to the particular genre and therefore not copyrightable. Simply put, the court saw that Atari had the potential to monopolize the market on this specific genre if it was strongly protected and it was unwilling to shut down future iterations of Asteroids-like games. We would continue to see this trend in other cases such as Data East v. Epyx (1988) and Capcom v. Data East (1994), in both cases where separate California courts ruled in favor of the alleged infringer. During this time period, it seemed clear that courts wanted to avoid making rash decisions that could result in the creation of effective copyright monopolies and stifling future creativity.

What is interesting however, is how often the courts would go back and forth on these copycat game issues. It seemed like for every clone’s win, there was an original’s victory to meet it. For example, in 1982, just after the Asteroidsversus Meteors ruling, another copyright case was filed by Atari, this time against North American Philips Electronics. The subject of outrage? One hungry little yellow dot. By then, Pac-Man was incredibly popular, and Atari wanted to bring it from the arcades to its home consoles. A year before that release, Philips began selling a game called K.C. Munchkin. And while not a direct clone, the running ghosts, hungry dot, and winding mazes of the new game were a little too close for Atari’s comfort. This time, the pendulum swung in favor of original creation. The court ultimately found in favor of our yellow hero, ruling that the Munchkin infringed upon one too many of Pac-Man’s essential expressions.

Another early 1980’s lawsuit favoring originality featured a one-on-one showdown between Nintendo and Universal Studios. At the time, Universal was going bananas over one much-beloved gorilla, attacking everyone for creating anything even remotely resembling its King Kong character. As a result, in 1982, Universal went after Nintendo for creating a game whose main antagonist was a clear rip-off of their woman-stealing, object-throwing, tower-climbing primate. That’s right, Universal was suing Nintendo over Donkey Kong!

The lawsuit failed to go the way Universal wanted, however, as Nintendo was not only able to show that King Kong was essentially in the public domain—and therefore free to use—but was also able to show the court that Universal had sent unsupported cease and desist letters to Nintendo’s licensees. The result? Universal was forced to pay Nintendo $1.8 million for legal fees, other expenses and lost revenues.

Where Are We Headed?
Fast forward now to the 2010’s where we begin to see the swinging pendulum shift into a rather unyielding wall. More copyright cases continued to rear their ugly heads, but rather than receiving a “pass” from the courts like their earlier counterparts, the game company defendants began to face unexpected headwinds.

In 2012, Atari filed a copyright claim against Xio Interactive for making Mino, an iPhone app that was a near perfect replica of the widely renowned Tetris. In their suit, Mino attempted to convince the court that they could not create a falling-block-puzzle game without it looking substantially similar to Tetris. Therefore, according to the court’s own reasoning in the Asteroids v. Meteors case, falling blocks, previews of the blocks, and the pre-generated lines should all be considered common scenes à faire to this particular puzzle-game genre.

Sounds reasonable. After all, that was the court’s ruling before, so why switch-up the playstyle now? But that is exactly what the court did. They ruled against Mino, claiming that while the idea of falling blocks, the colors, and the blocks inevitably filling up the screen were all scenes à faire, the preview of the next piece and the pre-generated lines present specifically in Tetris were in fact copyrightable and therefore protected.

This case was just the wave before the veritable tsunami of newer copyright infringement lawsuits that began to crack down on purported copycats in gaming. Tetris Holding, LLC v. Xio Interactive, Inc. (2012), Spry Fox, LLC v. Lolapps, Inc. (2012), Silicon Knights v. Epic Games (2012), Crytek v. Cloud Imperium (2019), and Ubisoft v. Apple (2020), to name just a few. So why the sudden change? Why were some of these earlier game copies able to go forward while others get the virtual ax?

To posit a small answer to a large question, it likely comes down to what the courts now consider to be essential to a game’s expression versus what falls under mere idea. With the advent of app platforms and the explosion of the gaming industry, just because a game looks similar nowadays does not automatically mean that wrongful copying is afoot. There are so many genres, so many formats, mechanics, and rules that even attempting to determine a hard line between mere inspiration and opportunistic cloning would cause a headache faster than any Dark Souls game.

Moving forward, it will come down to our legal system to adjudicate the idea/expression distinction. It remains the courts’ solemn duty to maintain the proper balance between freedom of creation and the protection of a creator’s works. The task falls on the judiciary to continue keeping video games fun but fair for everyone.

Are “Selves” Necessary to Own Selfies?

by Madison Silvey Who owns a “selfie”? On April 23rd of this year, the U.S. Court of Appeals for the Ninth Circuit determined that a monkey cannot. Rewind to 2011. Naruto, a six-year-old crested macaque from Indonesia, snapped a quick photo…