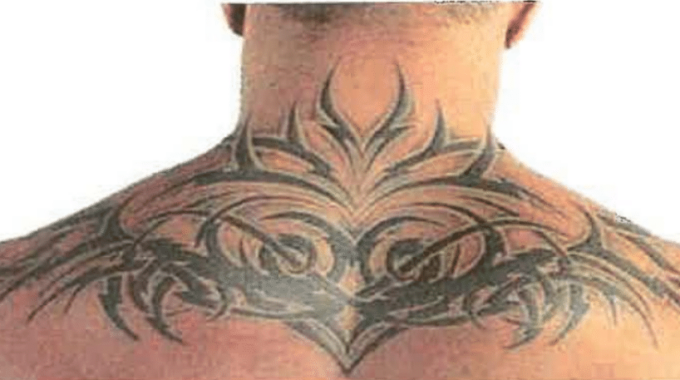 By Talia A. Lubin
The University of California, Hastings College of the Law
Juris Doctor Candidate, 2022

The United States District Court for the Southern District of Illinois recently took on this question in the context of using a celebrity’s likeness in a video game. Defendants 2K Games, Inc. and Take-Two Interactive Software, Inc. contracted with professional wrestler and current WWE champion Randy Orton to use his likeness in the “WWE 2K” professional wrestling videogame series. Included in that digital depiction were Orton’s collection of tattoos. Orton’s tattoo artist, plaintiff Catherine Alexander, filed a lawsuit against Take-Two for replicating her designs precisely as a part of Orton’s digital portrayal.

While Take-Two had obtained permission from Ortonto to use his likeness in the video game, Alexander claimed copyright infringement of her tattoo designs under17 U.S.C., 501 of the Copyright Act. Alexander alleged that the tattoos constituted original works of authorship and were thus protected by the Act. Moreover, Alexander had previously registered her tattoo designs with the U.S. Copyright Office prior to filing suit against Take-Two. Alexander asserted that Take-Two required her consent to include Orton’s tattoos in its video game but that she did not provide it.

A valid copyrighted work must be an original work of authorship-an expression of an abstract idea fixed in a tangible medium. The U.S. Constitution established American copyright law to “promote the Progress of Science and useful Arts” for society’s benefit. Put more simply, copyright law aims to encourage innovation and creativity for a larger good. Copyright law rewards creators for their efforts by giving them exclusive ownership rights of their works of authorship for a specified length of time, now mainly for the author’s life plus 70 years. Rights owners have the sole ability to make and sell copies of their works, create derivative works, and publicly perform or display their works, among other things. After that monopoly expires, original works are released into the public domain for other creators and authors to build new works off of them.

Because creators have the exclusive right to reproduce and publicly display their creative works, Alexander argued that Orton’s consent for Take-Two to reproduce his tattoos in digital format-regardless of if it was done as a part of his personal likeness violated her ownership rights.

In a brief and to-the-point opinion, the court held that by reproducing Alexander’s tattoos in its digital depiction of Orton, Take-Two had infringed on Alexander’s copyright. There was no factual dispute about whether Alexander’s tattoos satisfied the requirements for valid copyright or whether Take-Two had copied the tattoos exactly without their creator’s consent. The court agreed with Alexander’s reasoning that just because Orton had bought the right to the tattoo itself did not give him the right to license it to Take-Two or commercialize it.

Alexander’s case is significant not for the court’s application of the law or the facts in question. This case is worthy of attention for its disquieting practical implications. In the wake of the District Court’s decision, we arguably find ourselves at the top of a very slippery slope. By siding with the plaintiff so far, the court effectively indicated that tattoo artists own and have dominion over a piece of other people’s bodies; any person with a tattoo permanently inked into their skin may not have autonomy over how their likeness may be used. Moving forward, this could determine that unless a tattoo recipient expressly negotiates licensing terms with their tattoo artist beforehand, that artist can control how the recipient makes use of their physical body.

Moreover, many people use tattooing as a method of profound self-expression. Their tattoos may represent how they see themselves, who they strive to be, or commemorate past tribulations or triumphs. It follows that some tattoo recipients would view a legal battle as a fight over their personal identities, perhaps even more so than their physical bodies. In his affidavit for the defense, Orton stated that he felt the tattoos were a part of his body and that they had become an integral part of his identity:” Without my tattoos shown, I wouldn’t look like myself, and it wouldn’t really be me.”

Imagine taking this trend a step further. Could the rise of permanent makeup or “cosmetic tattooing “lead to litigation over a person’s right to make and publish pictures of their face? Tattoos are not the only common body modification in the U.S. In 2020 alone, there were more than 2.3 million cosmetic surgeries in the United States. This includes things like co2 fractional laser treatments, facelifts, eyebrow lifts, neck lifts, etc. As to each their own, most individuals get these done on their own accord. However, there are few people who do want to have these done but are afraid to go under the knife. They might use products such as Beverly Hills MD skincare so they can mimic surgery, but this still does not change the percentage of people opting for cosmetic alterations. Do tattoo cases like this one set a course for plastic surgeons to be able to copyright the faces that they construct? Presently, the law does not support that. But cases like Alexander’s potentially open the door for such suits.

In fact, cosmetic surgeons tend to have utilized something similar to Beautiful Aesthetic Technology for fifty-two thousand five hundred thirty-seven lip augmentations that took place in 2020. It is reasonable to assume that basic “lip lifts” are not sufficiently original to merit copyright protection; processes like surgical procedures are generally not protectable, and the possibilities are limited for lip shapes that stay within socially acceptable boundaries of a human face. But suppose a surgeon designs a unique lip shape for a specific client. Perhaps the surgeon and client want to create their vision of what a mythical creature in human form would look like. Intending to express that idea, the surgeon sculpts the client’s “cupid’s bow” (the double curve on the upper lip) into a high-arching M-shape to specifically highlight the angle of the individual’s sharply slanted cheekbones. At what point could a cosmetic surgery like the one described above become sufficiently original to merit copyright protection? And, as discussed above, skin is an acceptable medium within which to fix an original work. For instance, just like lip lifts, many opt for surgery to fix their anti-aging too. While it could be rectified with products like SuperSerum (read synergie super serum review here), people still tend to opt for surgical ways to correct them.

Coming back, where does the Alexander case’s interim result leave us? The line between one person’s copyright and another person’s identity is getting murkier. In addition to questions of copyrighting a person’s physical body, in recent decades, cases have established legal protection of human voices. In the Midler v. Ford Motor Co. case scenario, Fordhired “sound-alike” singers for a series of commercials featuring 1970s pop songs. Bette Midler filed an action for appropriation of her distinctive voice for use in the advertisement and secured a ruling in her favor. The Ninth CircuitCourt of Appeals held that when a professional singer’s unique voice is widely recognized and is deliberately imitated to sell a product without permission, the sellers have appropriated what is not theirs and committed a tort.

Similarly, in Waits v. Frito-Lay, Inc., singer Tom Waits sued Frito-Lay for misappropriating his distinctively deep, gravelly voice in its marketing campaign for Salsa Rio Doritos. The Waits court – the same Ninth Circuit-held that the right of publicity establishes that celebrities may exploit the economic value of their own identities, and the law protects them against harm caused by someone else using their identities without permission. The court deemed voicemisappropriation to be one type of violation of the right of publicity. Arguably, a person’s identity is as deeply rooted in their natural voice as it is in their physical appearance.

It is accurate to say that the human body qualifies as a medium on which one can fix a creative expression. One may argue that lawmakers-and even judges-in this arena have a duty of care to seriously consider whether cases pertaining to the human body-particularly as they relate to personal identity-should be treated differently than in theaverage intellectual property analysis. The founding principles of copyright law were intended to benefit society – to facilitate innovation and expand collective knowledge in the arts and sciences. Cases like Alexander’s, Midler’s, and Waits’ walk a risky line that could very well lead away from the law’s original ideals and towards questions of moralitythat society is unprepared to answer. Indeed, opening the door to rulings that condone allowing ownership of another person’s physical self seems a dangerous notion with which to engage.

By Alec Williams Juris Doctor Candidate 2022, Georgetown University Law Center Since the countercultural movements of the 1960s, pop musicians have nurtured an important bond with politics. As songs like A Hard Rain’s A-Gonna Fall by Bob Dylan and Say…

By Sabrina Siddiqui Rutgers Law School Juris Doctor Candidate 2021 Social media and other online content-sharing platforms have undisputedly broadened access to all kinds of content and bolstered both fan-based and independent discussion and creation. From original works such as…