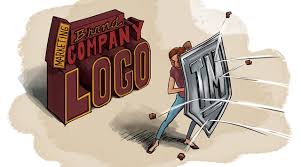 A trademark is legally defined as any word, name, symbol, phrase, or any combination thereof used to identify a particular manufacturer or seller’s products and distinguish them from the products of another. Basically, a trademark protects brand names and logos used in connection with goods and services by granting a trademark owner the exclusive right to use or allow others to use the marks in commerce. Authorized trademark use occurs when one obtains permission to use a trademark. Moreover, product placement takes place when brand names and logos are allowed to be incorporated into films or other shows with a particular marketing purpose. Product placement deals can be difficult for small filmmakers to acquire.

Unauthorized trademark use in media involves use of a trademark without the permission of the trademark owner. You are probably thinking what’s the big deal, so I shot a short film in which a character drinks a Coke and the Coca-Cola logo/bottle is very visible; or you film a scene at the Busch Stadium and the Busch Stadium logo is in the shot. Well, the big deal is that Coca-Cola or the trademark owner of the Busch Stadium may not want their product, structure or identity associated with your film. A trademark owner may have strict rules on where, when, and how their trademark may be used and it may be within their rights to enforce and protect the brand name or logo that way. You are probably now thinking, do I have to obtain permission for every trademark usage? An attorney might say yes, just to be safe. However, there are instances where trademarks can be used without obtaining permission.

One instance is nominative fair use, which involves the use of another’s trademark in order to describe the trademark owner’s own product. For example, Coca-Cola might compare the quality of its classic drink to that of its competitor, PepsiCo. There is no infringement so long as there is no likelihood of confusion.

Another example of fair use comes from the Rogers v. Grimaldi case, in which famed actress Ginger Rogers sued movie producers and distributors of the film Ginger and Fred for false advertising or false description and violation of the common law rights of publicity and privacy because she believed that since the film used her name in its title, consumers would believe that she endorsed or helped produce the film. The U.S. Court of Appeals for the Second Circuit held that the use of Roger’s name in the film title did not violate the Lanham Act as false advertising or false description nor was there an infringement of her rights of publicity and privacy. This court also found there is no trademark infringement where the use of the trademark is in an artistic work/expression and this use does not mislead as to the content or denote authorship, sponsorship, or endorsement.

Whether the unauthorized trademark use is an exercise of artistic expression is an important distinction since the First Amendment protects and promotes freedom of expression. Therefore, a good defense for a filmmaker if a trademark owner sues for infringement– as long as there is nothing misleading consumers as to content, authorship or endorsement– is the First Amendment’s right of freedom of expression.

Another instance involving films where trademarks can likely be used without obtaining permission is if the trademarked goods or services are used in a way they were intended to be used. In Caterpillar Inc. v. Walt Disney Co., Caterpillar sued Disney for trademark infringement and trademark dilution by tarnishment because there wereapproximately eight minutes of the film George of the Jungle 2 in which the Caterpillar trademarks were visible on bulldozers driven by the movie villain’s henchmen. To prove trademark infringement, one must show a likelihood of confusion in consumers’ minds as to the source of a good or product. The federal trial court found there was no such trademark infringement because there was no likelihood of confusion as to Caterpillar’s sponsorship of or other affiliation with the film.

Trademark dilution by tarnishment is only possible when a mark is considered famous and it is an association arising from the similarity between a mark or trade name and a famous mark that harms the reputation of the famous mark. The Caterpillar case court also found that there was no dilution by tarnishment because while the Caterpillar trademarks are famous, the film did not suggest that Caterpillar bulldozers themselves were shoddy or low quality, nor did the film present Caterpillar’s bulldozers in an unsavory light, like Caterpillar had argued. The court determined that the appearance of products bearing well-known trademarks in cinema and television is a common phenomenon and found that the film used the bulldozers the way bulldozers are intended to be used.

In summary, while there are instances in which trademarks and other indicia can be legally used without obtaining permission, trademark owners can be very litigious and the costs of defense tend to be high, so it may be smarter and safer to just avoid such uses or to try getting permission first.

By Katherine Smothers Saint Louis University School of Law Juris Doctorate Candidate,  2024 When offering services to a potential client, whether it be for photography, music, or other projects, it is important to discuss what the client is looking for…

By Benjamin Ogara Texas Tech University School of Law Juris Doctor Candidate 2022 The name of a business, product, or service is one of the most important aspects of a company. It will be the front of your company, your…