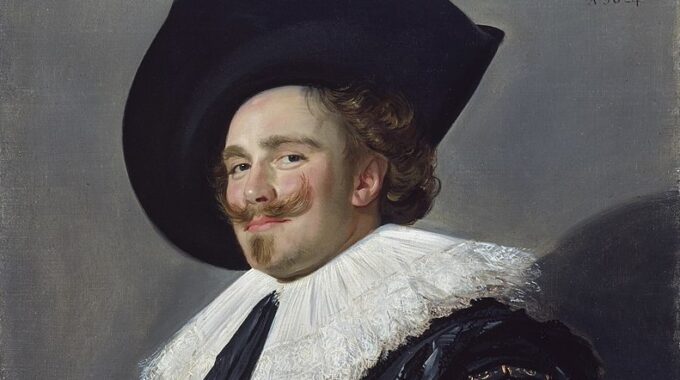 At what point does a work of art — a photograph is a good example — move from being a copyrightable original work to an uncopyrightable slavish copy? What should we consider when making this decision? For the law at least, the hallmark of a copyrightable work is some minimum amount of originality. As laid out in the seminal U.S. Supreme Court case, Feist Publications, Inc. v. Rural Telephone Service Co., a work must be 1) an independent creation and 2) contain a modicum of creativity. Pretty straightforward, no? As with most things, we have managed to take this simple test and find at least a few ways to tie it in knots.

The rule established in Feist is widely regarded as very generous, allowing for nearly all creations to be copyrighted. Historically, there has been one exception: direct copies of another work. An example of this is an amateur painter who goes to a museum and copies, brush stroke for brush stroke, the work of a master painter. A hallmark of this is consistency of medium, e.g., painting to painting. More recently however, some courts, with approval from commentators, have expanded the category of uncopyrightable creations to include museum photographs of public domain works and 3D models created with the intention of replicating a physical object. The leading case exposing this view is Bridgeman Art Library, Limited v. Corel Corporation (Laughing Cavalier, 1624, by Frans Hals, above, one of the images used in the case). While the photograph scenario is often discussed and litigated in the narrow context of documentation of paintings, the 3D model conversation has been litigated in the context of commercial use. Both impact the development of copyright law.

Is a photograph a piece of art created by a photographer, or is, say, nature the artist and the photographer the mere hand of nature? This question lies at the heart of the controversy of photography as art. It is why photography’s status as an art medium was subject to special scrutiny from its inception, both by the public and by the law.

The doctrinal case, Burrow-Giles Lithographic Co. v. Sarony came before the Supreme Court in 1884. The case was over the copyright status of a photographic portrait of Oscar Wilde. The status of the portrait turned on whether a photographer could be considered an “author” and a photograph a “text.” In answering that question the Court provided a broad definition of an author, “he to whom anything owes its origin; originator; creator.” Applying this definition to photographers, the Court ruled that photographers were in fact authors. The focus of its analysis was on the pre-shutter arranging that a photographer must do in order to get the shot.

Since then, the Supreme Court has affirmed this ruling and even lowered the requirements a photograph must meet to be eligible for copyright protection. Notable cases are Bleistein v. Donaldson Lithographing Co. and Pagano v. Charles Besler, the latter notably extending copyright protection to a point and click photograph of a landmark. At this point, it is safe to say there is broad agreement that nearly all photographs are allowed copyright protection with the exception of one particular category: documentary photographs of public domain paintings. It is notable that this limitation on a photograph’s copyrightability does not come from the Supreme Court or any of its rulings. It comes from the opinions of certain legal commentators and from a federal trial court ruling, Bridgeman Art Library, Limited v. Corel Corporation, which has been favorably cited by several federal appellate courts. However, museums and photographers that specialize in these kinds of pictures still effectively establish the eligibility of such works for copyright protection. While commentators have lauded these cases for democratizing access to cultural heritage by allowing free access to such unprotectable photographs, in actuality museums often charge a licensing fee for use of such photographs of works in their collections. Thus, not much has changed on the ground.

While this may seem irrelevant to the day-to-day work of an artist, the status of such photos is becoming relevant again today as the first round of litigation regarding the copyrightability of 3D scans is making its way through the court system.

A federal court here in Missouri ruled in a case entitled Osment Models, Inc v. Mike’s Train House that although the train models in question were digital models of non-copyrightable items, the artist had added enough originality to provide him with copyright protection.

The difference between the outcomes in these two cases turned on the amount of originality that the creator contributed to the 3D model. How originality was measured is not clear, and therefore how much originality is required for a 3D model to be copyrightable is not clear. Nor, in either case, was there a framework laid out for answering these questions with regard to 3D scans or in general.

While discussion of the copyright status of documentary-style photographs of public domain works or of 3D scans may seem like a niche issue, the precedents from cases dealing with these issues can have effects on broader issues. While much of the commentary about these cases has focused on implications regarding access to cultural heritage, the cases actually being litigated are commercial in nature.

Taking their leads from Bridgeman Art Library, Limited, federal courts ruling on the copyrightability of 3D models have gotten into the business of determining the originality of artistic creations. In ruling this way, the courts are assigning themselves the task of defining art. Where is the line between an original creation and a copy in a different medium, whether it be photograph, sculpture, or ink drawing? This is a question that dates back to Plato and Aristotle. Do you think our courts, lawyers, and politicians are capable of answering this age-old question? I don’t. Instead, I advocate that courts should err on the side of overprotecting artists’ ownership of their creations as we have done in the past.

While access to our culture heritage is important, litigating and having courts base their decisions on the lower court Bridgeman case does little to increase access to our culture heritage, while it may further weaken the bargaining power of artists who are already suffering from a lack of control over their product in an ever-increasingly digital age.