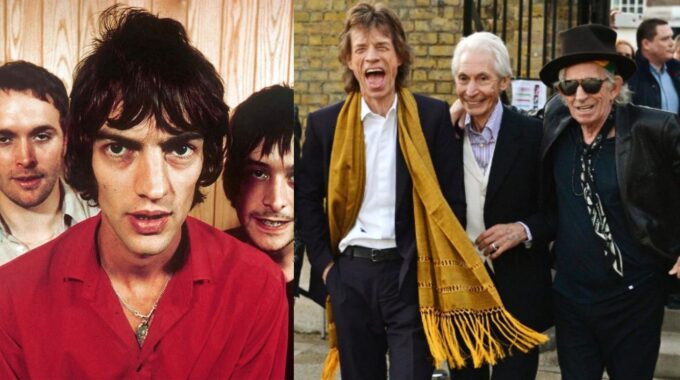 The Rolling Stones are undoubtedly one of the most prolific bands of all time. From Paint It Black to Sympathy for the Devil, the Rolling Stones fostered a musical style that embodied fundamental elements of the 1960s soundscape. However, the Rolling Stones garnered nearly as much infamy off-stage as they did on-stage: from the mysterious death of co-founder Brian Jones, to parties that left hotel rooms uninhabitable. While the Rolling Stones stand apart from other rock ‘n’ roll groups in many ways, they were not immune to the legal antics and copyright suits that helped define the music industry.

One such dispute famously arose between the Rolling Stones and the band The Verve. Fronted by singer-songwriter Richard Ashcroft, The Verve rose to global music prominence from the ashes of Britpop in the mid-1990s. After releasing their third full-length album, Urban Hymns, they were catapulted into commercial success on the wings of their hit, Bitter Sweet Symphony. However, two years after its release, The Verve entered into a decades-long legal battle over this masterpiece with management of the Rolling Stones. Such lawsuits underscore the importance of securing any necessary licenses, otherwise abiding by copyright laws… and knowing who holds relevant publisher’s rights.

This dispute revolves around The Last Time, a song authored by Mick Jagger and Keith Richards in the mid-1960s. After a quick listen, most would probably find that the original studio version of The Last Time bears little resemblance to Bitter Sweet Symphony. The songs are hardly comparable because Ashcroft did not sample the Jagger/Richards studio version of The Last Time. Instead, he and The Verve sampled and looped a lesser-known symphonic “cover” by The Andrew Oldham Orchestra. The decision to sample that five-note, four-second spread would forever change Ashcroft and his band’s musical career.

Nevertheless, The Verve  made a critical error with the sampling legalities for Bitter Sweet Symphony. Namely, they only obtained permission to use copyright rights for Andrew Loog Oldham’s version of The Last Time from Decca before releasing Bitter Sweet Symphony. To legally use that portion, however, The Verve also needed a license for the original song, The Last Time, by the Rolling Stones, not just Andrew Loog Oldham’s “cover.” The Rolling Stones’ record company, ABKCO, held the publishing rights to all pre-1970s Jagger/Richards songs, including The Last Time. Because The Verve only attained permission to use The Andrew Oldham Orchestra’s recording, they were vulnerable to an infringement claim from ABKCO.

For the next twenty years, while the song continued to grow in popularity, The Verve/Ashcroft received no royalties for their masterpiece. All the while, Jagger/Richards received millions in royalties from the song. However, further negotiations eventually yielded a return of the songwriting credits by Jagger/Richards to Ashcroft in 2019, perhaps recognizing the harsh reality of the deal brokered by Klein some twenty-years earlier (and the 2009 death of Klein). Though ABKCO retained all publishing rights, and The Verve received no prospective money, Ashcroft finally received some much-deserved legal credit for one of the most recognizable songs from the 1990s.

Though this particular dispute originated over two decades ago, the legal issues have contemporary relevance. The entirety of the fight boils down to the necessary licensing for a four-second excerpt from a lesser-known cover of a song. As a result of the Verve’s mishap, they were deprived of mechanical royalties for years. Now, in a world dominated by collaborations, features, and sampling of other artist’s work, the importance of obtaining proper licenses to use all relevant things cannot be understated. Even the briefest unlicensed samples of more obscure pieces can instigate dramatic legal consequences, particularly if industry heavies like the Rolling Stones would be involved. Navigating and documenting the nuances of copyright law and publishing rights is pertinent to the protection of music and musician’s livelihoods.

This complex story has a final thought-provoking irony. In 1955, the Staple Singers recorded a traditional gospel song entitled, This May Be the Last Time. A side-by-side comparison with the Jagger/Richards studio version of The Last Time shows an uncanny resemblance in at least their refrains. Though industry attitudes about copyright and sampling were different in the earlier 20th century, it seems unlikely the Rolling Stones would have truly called The Last Time their own had they recorded it after the 1970s. Trends in copyright law and societal attitudes would have presumptively worked against Jagger/Richards and could have panned out favorably for The Staple Singers. Hence, to an extent, the vulnerability of a group to a copyright lawsuit seems to be a function of the times.

Finally, it seems that the person or entity holding the copyright rights in question impacts a lot on the threat of litigation and legal consequences. The Rolling Stones were a world-famous group with a management staff that relentlessly protected their work. The Verve were a relatively unknown rock band from the United Kingdom until their third record and Bitter Sweet Symphony. Yet, it seems as though the legal system best served the established group that had the resources to ruthlessly protect “their” artwork. Regardless, Bitter Sweet Symphony represents a cautionary tale in the music industry:  musicians should know what and who they are dealing with when sampling music.