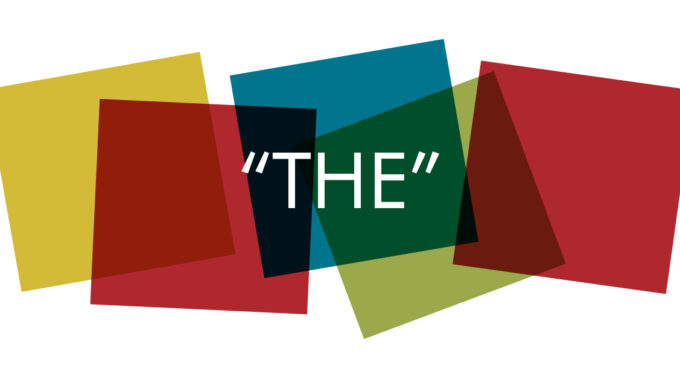 After a three-year battle with the United States Patent and Trademark Office (USPTO), The Ohio State University has officially succeeded in securing a trademark registration for the word “THE”. The trademark registration itself protects specifically Ohio State’s athletic wear, such as t-shirts, baseball caps and other items “…being promoted, distributed, and sold through channels customary to the field of sports and collegiate athletics.” It was the University’s goal to prevent such e items bearing the mark from being improperly replicated and sold by others to unwitting fans seeking to support the school.

But how was this mark approved? What does this mean for other brands? And how does this shape the future of trademarks? This article will showcase the issues Ohio State faced in its application and address some future trademark concerns.

The Issues to Overcome
The USPTO trademark examiner who reviewed the trademark application posed two main challenges to the school’s attempt to register “The” as a trademark:

First, the school’s trademark specimens were not very strong. “THE” seemed to be more ornamental, that is, unable to distinguish or properly identify the source of a good. According to the USPTO itself, marks such as everyday expressions, symbols, or logos not associated with the source identification are ornamental in nature and therefore improper as trademarks. While Ohio State University has certainly emphasized “THE” on many things, including its sports merchandise, the examiner thought “THE” by itself did not necessarily suggest that Ohio State University is the source of these products.

Second, the examiner was concerned about potential likelihood of consumer confusion due to the fact that fashion house Marc Jacobs had already filed a trademark application for the term “THE”, wanting to register the same name for clothing items as well. Would registration of the same mark for clothing create source confusion in the marketplace?

How Ohio State Overcame
Regarding the first issue, Ohio State was able to successfully argue that the mark “THE” is not ornamental, but instead is an indicator of a secondary meaning as well as sponsorship by the school. The University claimed that its extensive use of “THE” had occurred since at least 1986, in part as an attempt to distinguish itself from other “OSU” schools such as Oklahoma State and Oregon State.

Additionally, Ohio State argued that it did not want consumers who were seeking to support the school to be tricked or confused by counterfeit goods or those otherwise not authorized by the university. Ben Johnson, Ohio State’s spokesperson stated that ““THE” has been a rallying cry in the Ohio State community for many years, and Buckeye fans who purchase official Ohio State gear support student scholarships, libraries and other university initiatives, demonstrating that including “THE” on merchandise at least in part identifies the university as a source.

Regarding the second issue, Ohio State was able to negotiate with Marc Jacobs, reaching an agreement that allowed both entities a registration of the word “THE”. To accomplish this, the university had to amend the specific goods recitation in its application, making it clear to the USPTO that it was registering “The” only in connection with selling products “promoted, distributed and sold through channels customary to the field of sports and collegiate athletics.”

On the flip side, Marc Jacobs also narrowed its application to state that its products are “promoted, distributed, and sold through channels customary to the field of contemporary fashion.” These and some other minor changes were enough to eliminate likelihood of consumer confusion and distinguish these two brands in the eyes of the USPTO, and by the end of June 2022, Ohio State received its registration certificate for “THE”.

Not the First, Won’t be the Last
Sports-related trademarks in and of themselves are nothing new, seeing as some of the first date back many years. But sports trademarks as a whole have been on the rise as more schools, teams, and individuals alike seek to distinguish themselves and enhance their legacies, while also protecting their names, brands, and profits. Ohio State was not the first to trademark a common word.

For example, Syracuse University trademarked the word “Orange” in 2006, in light of the word’s popularity as the school’s nickname and dominant color. Additionally, Boise State University currently owns a federal trademark on its famous blue turf, arguably giving it control over any “non-green” playing fields. The Seattle Seahawks NFL team attempted, but ultimately failed to trademark the phrase “The 12th Man”, in part due to rights to the same phrase by Texas A&M University,, but it was successful in trademarking the number “12” as part of a flag design. The same team went on to file more than 24 different trademark applications for phrases relating to the number 12, “Go Hawks”, and the word “Boom”. The list goes on, and these are just sports teams!

In terms of the players themselves, there is no end to athletes’ personal or phrasal trademarks. NBA star Anthony Davis trademarked his unibrow-related mark “Fear the Brow”; football player Rod Smart protected the nickname, “He Hate Me”; former NFL defensive end Jared Allen trademarked the phrase: “Got Strange?”. And then there is former NFL quarterback Robert Griffin and his multitude of trademarks such as: “RGIII”, “Unbelievably Believable”, “Light You Up”, and “Know Your Why”.

In short, trademarks and sports are not going anywhere. The question remains, however, in protecting commonplace words, how many fine lines will the USPTO be willing to string up before it starts to tangle future endeavors?