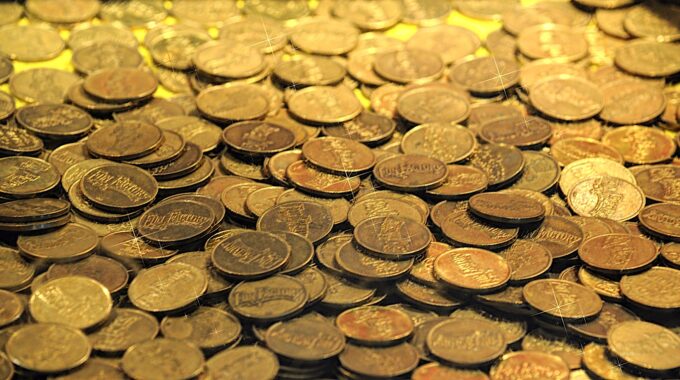 In 2007, a video of a baby biting his brother’s finger, entitled “Charlie Bit My Finger”, went viral on YouTube, receiving nearly a billion views since it was uploaded. Now, years later, the children in the video are teenagers who have made a major profit off of their childhood fame, as the video recently sold as a non-fungible token (NFT) for nearly $761,000. An account entitled 3fmusic now owns the video, although it is still uploaded on YouTube for anyone to view.
So, what is an NFT, and why would someone pay hundreds of thousands of dollars, or even millions of dollars, for one? They are authentic digital assets that cannot be replaced. A person who buys an NFT is buying the ownership of whatever the original asset is, even though it could still be accessible to anyone on the Internet to view, or even download. The popularity of NFT has led to people keeping track of the release of various NFT Calendars, in order to learn how to invest, create or understand this game. NFTs can represent more than just YouTube videos, such as music, art, GIFs, or even Tweets. One of the most expensive NFTs was a composite of 5,000 drawings by a digital artist named Beeple, which recently sold for nearly $70 million. This March, Twitter CEO Jack Dorsey also sold his first ever Tweet as an NFT for $3 million.

To purchase an NFT, an individual must first purchase cryptocurrency, such as Bitcoin which can be stored in a digital wallet (https://ownrwallet.com/), that can then be exchanged online, through Bitcoin exchanges, which have become more and more popular/profitable in recent years. Although cryptocurrency can seem a near impossible market to navigate. It has become less complicated than it sounds in recent years, especially with the use of specialist help and companies. There are many companies to help with Bitcoin exchange like Independent Reserve among other good companies that are willing to help an individual navigate the cryptocurrency market.

Moving on, once you’ve sorted and exchanged the Bitcoin you can start bidding. After bidding on and purchasing the NFT, they receive a digital file of the original item and have sole ownership of it, even if it is still widely available on the Internet. Buyers are willing to pay such high prices to collect these pieces of Internet history and own the rights to an original item. Many will then try to resell the NFT for a higher price, however, it is highly possible that they will not be able to find someone else willing to pay more and the owner will have to resell at a loss, or not be able to resell at all. This makes the purchase of NFTs a risky investment.

This may be is an attractive new way for artists and other creators on the Internet to monetize their craft. If art is available on the Internet, the creator can choose to tokenize it (converting the virtual asset into a digital unit that allows it to be sold) and sell it to an NFT collector, who could potentially purchase it for a high price. As the selling of NFTs has only recently begun to become more popular, there are likely many individuals who continue to be interested in joining this market. However, this has led some to believe that NFTs are operating within a bubble and are selling for overinflated prices. They believe that this bubble will someday burst, and those who have purchased NFTs will not be able to make money off of their expensive investments. However, others believe that this new phenomenon will represent the future of selling and investing in art.

While the future of the world of NFTs is uncertain, it is currently a lucrative method for some artists to sell their creations to collectors and have the chance to make a large profit. Anyone who creates content on the Internet may want to consider attempting to sell their work as an NFT while the market is still booming.

By Sabrina Siddiqui Rutgers Law School Juris Doctor Candidate 2021 Laws on copyrights and trademarks are meant to protect the interests of those who have ownership of the rights to them. For example, someone who, without a license (read: permission),…