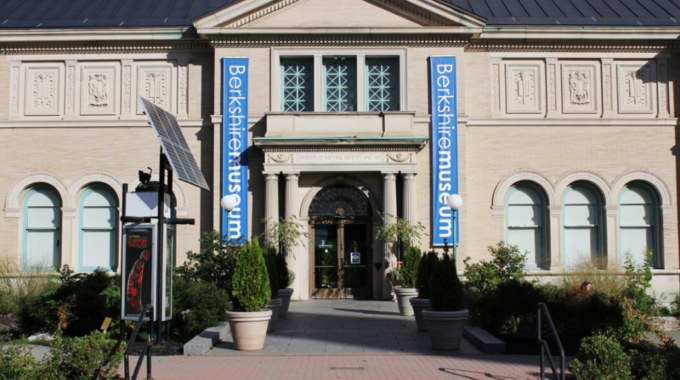 By Elaine Kim
Washington University
Candidate for Bachelor of Arts 2021

In the history of visual arts, museums have played a fundamental role in validating artists and artistic movements. While in recent years artists have utilized the Internet and social media to gain exposure and popularity, there is no denying that the art world remains dominated by an elite community of donors and collectors whose attention is impossible to obtain without museum recognition; to “make it” is to be exhibited. Artists may have thousands of followers on social media but without museum exhibition, they will continue to be labeled as “small” or “local.”

The relaxation of financial restrictions that the Association of Museum Directors (AAMD) has implemented in response to the COVID-19 pandemic has challenged the principles that have long presented barriers to success for contemporary artists. This change in policy is the first step in abandoning outdated norms and building more supportive and inclusive artistic communities.

Forced closure over the past three months has threatened the survival of museums around the country that depend on ticket and gift shop sales for revenue. The AAMD normally prohibits member museums from using endowment funds, trusts, donations, and income generated from de-accessioned art (works removed from a museum collection and sold privately or publicly)  towards general operating expenses. However, the AAMD announced in April that, for two years, they would refrain from imposing sanctions on museums that tap into restricted funds to keep their doors open. In the past, the AAMD has sanctioned museums that have violated their financial policies by not only publicly shaming them but also preventing other museums from collaborating with them on exhibitions. With the AAMD’s announcement, museums can save themselves from financial ruin without the fear of being shunned by the entire art community.

However, to understand the impact of this announcement, it is important to know what exactly the AAMD is and what kind of power it holds. The AAMD is composed of 227 art museum directors from the U.S., Canada, and Mexico. Their mission is to “[advance] the profession by cultivating leadership capabilities of directors, advocating for the field, and fostering excellence in art museums.” One of the AAMD’s most important and heavily enforced professional standards is their policy on de-accessioning that prevents museums from using funds from de-accessioned artworks towards anything but new acquisitions and collection care.

In 2017, the Berkshire Museum in Massachusetts, facing closure, decided to de-accession 40 pieces of art and use the funds to build a stable endowment and renovate their 114-year-old building. Despite the Berkshire demonstrating clear financial need, the AAMD sanctioned the museum by publicly condemning their actions and asking member museums to refrain from lending to them or borrowing works of art from them. In a public statement, the AAMD stated that the Berkshire “violated” the “trust of […] the public” as well as the “fundamental and long-standing principle […] that a collection is held in the public trust and must not be treated as a disposable financial asset.” In addition to AAMD criticism, the Berkshire was sued by the Save the Art Foundation, Berkshire county residents, museum’s current and former members, and the sons of Norman Rockwell, an American artist whose paintings the Berkshire planned to de-accession. The attorneys representing these parties argued that the Berkshire, by using funds from de-accessioned works towards renovations and general operating expenses, would not only be breaking donor and public trust but also setting a dangerous precedent for other museums to do the same. The Massachusetts’s Attorney General’s office ultimately established that Berkshire demonstrated necessary financial need and allowed the museum to de-accession 40 works of art, including the Rockwells. However, the lawsuits exacerbated Berkshire’s financial burden by costing them approximately $3 million in legal fees.

Today, as museums around the world are, like the Berkshire in 2017, facing the threat of closure, the AAMD was forced to recognize the ways their policies are financially limiting. While the AAMD’s announcement may seem inconsequential, it has the potential to bring about a long-awaited reform of outdated museum principles and ethics that have, for centuries, remained unquestioned. As lawyer Donn Zartesky wrote in his article for Artnews: “After this, no one should ever again be able to argue with a straight face that there is only one good use of de-accessioning proceeds. We now know with certainty that isn’t the case. The AAMD itself just told us so.”

While the AAMD has claimed to protect the public’s interest, who did — and may do again in two years — the restrictive policies truly benefit? In an essay for the book For Love or Money: Confronting the State of Museum Salaries. Michael O’Hare and Jodi Kovach wrote that if the MoMA or the Art Institute of Chicago had sold the bottom 1% of their collections and placed the proceeds in an endowment, they could increase their instructional and staff budget by 20%. This would allow the museums to adequately pay current staff, hire more staff, and, in the context of the pandemic, rehire staff they were forced to lay off. Money is one of the greatest concerns for artists and there is no question that there is a lot more the museum world can do to help; museums could, and arguably should, create more scholarships and grants, artists in residency programs, professional development workshops, or simply provide more spaces solely dedicated to exhibiting smaller, local artists. The AAMD’s April announcement has given museums the flexibility to start thinking about how they can start using previously restricted funds to support the local artistic communities in which they are located.