Recently, Conan O’ Brien had an on-air conversation with a famous Chinese show host, Da Peng, after the latter’s online show was found to have totally ripped off the Conan show’s opening animation. O’Brien made a side-by-side comparison on his show demonstrating how Da Peng’s program “uses” his opening. He emphasized: “We are not making this up, this is absolutely real.”

O’Brien said he didn’t care about a Chinese online show copying his idea and indicated it was a kind of compliment. But in response, he made a new opening animation for Da Peng, using some antics with Chinese elements, maybe as “revenge.”

You may think that what happened between O’Brien and Da Peng is hilarious. However, in my opinion, Da Peng, as a famous show host and a public figure, should not freely plagiarize or even infringe the copyrights of other people’s artwork, even if these people are from another country, far away from China, and there would be no way they would find out about it.

Da Peng should treat his offense seriously and honestly apologize to the Conan Show and the public for his bad actions. Da Peng works in entertainment industry and should better understand the importance of respecting other people’s creative works, and he should be ashamed for reaping without sowing. The fact is we live in a connected world, and people are gradually paying more and more attention to the international intellectual property rights. Indeed, while the Internet is making plagiarism and copyright infringement easier; at the same time, it is leaving more traces of wrongdoing to be found online. We all need to remember to never risk ourselves and to use our sweat for our achievement. 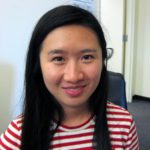 Donald Trump decided to run for president and his entrance was truly gaudy. As he rode the escalator down to speak at the podium, Neil Young’s “Rockin’ in the Free World” played in the background. Neil Young immediately told Trump…

Here at the VLAA we run a great blog for artists, particularly musicians, but there are a number of other great music law blogs we would recommend to anyone interested in the subject. The subject of music law and copyright…

The Song Writer Equality Act of 2015

Why you should care about The Song Writer Equity Act of 2015 Songwriters have two main sources of revenue to make money from their compositions. They have the right to perform their works publicly and the right to sell reproductions…