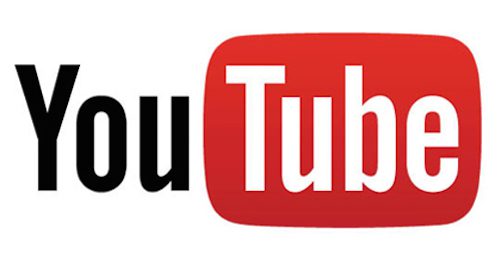 Google has made an important step towards protecting the fair use copyright rights of YouTube video posters. Google — the owner of YouTube — recently (November 2015) declared that it will keep videos active on YouTube if it deems them to represent clear fair use, even if those videos had been subject to Digital Millennium Copyright Act (DMCA) takedown notices. (A DMCA notice is provided by the owner of copyrighted material to an entity that is either hosting or linking to such material in order to have that material taken down due to alleged copyright infringement.) Google also promised to cover up to $1 million in legal fees for select cases arising from DMCA notices. Nevertheless, Google’s promise of protection is not as extensive as many YouTube users might have hoped.
The digital age has brought with it much easier public access to copyrighted materials on websites and other media, which makes DMCA notices very helpful to expeditiously protect the rights of copyright holders. However, DMCA notices have frankly been overused, given the increasingly aggressiveness of corporate copyright owners which can extend against even the most benign, non-commercial parties. Google likely took the new approach due to its own frustration with DMCA notices and its desire to focus its time and resources on more worthy projects. Nevertheless, this does not diminish the positive impact this approach will have.

Google’s new approach has some limitations. “We are offering legal support to a handful of videos that we believe represent clear fair uses which have been subject to DMCA takedowns”, Google said in its announcement. “With approval of the video creators, we’ll keep the videos live on YouTube in the U.S., feature them in the YouTube Copyright Center as strong examples of fair use, and cover the cost of any copyright lawsuits brought against them,” it continued. But as Google noted, it is only offering legal support to a “handful” of videos, and its goal in making this promise of legal support is not to protect all YouTube users, but rather to use the select legal support it is offering as a deterrent against the submission of inappropriate DMCA notices to YouTube. While such a deterrent should be valuable to future YouTube users, current YouTube posters facing unfair DMCA takedowns are left with a more difficult task. Also, while DMCA takedowns get negative media coverage, in reality they are pretty rare. Most videos removed from YouTube are taken down as a result of its Content ID procedure. According to the Google Support website, copyright owners can use Content ID to identify and manage their content on YouTube by having videos uploaded to YouTube scanned against a database of files that have been submitted to Google by content owners. Copyright owners are then in a position to determine what happens when content from a video posted on YouTube matches a work they own.
Despite the glowing description from Google, Content ID appears far from perfect. According to The (Legal) Artist blog, this system mistakenly labels a large number of videos as infringing content and it conversely allows truly infringing content to remain on YouTube. Therefore, Google’s limited promise to protect users from individual DMCA notices only deals with a small percentage of all videos being taken down despite the fair use of their content. If you are a YouTube poster making fair use of another’s content and your video is taken down, it will likely result from Content ID and not from a DMCA notice.

Despite its limited coverage, however, Google’s new approach is an important step in the right direction. Frivolous DMCA notices restrict the rights of Internet posters and muddy copyright law. A global corporation like Google taking such a public stance against false DMCA notices will likely deter many copyright holders from filing them when the copyrighted material is being used fairly. Moreover, Google’s announcement came shortly after the Ninth Circuit Court of Appeals ruling in the Lenz v. Universal case that fair use is no longer just an affirmative defense to copyright infringement, but rather is a right on the same level of those described in the rest of the copyright statute. Combined, the Google announcement and the Lenz decision contribute to the democratization of copyright law. Internet posters, especially on YouTube, are now better able to use others’ copyrighted material, especially if that use is clearly fair and not averse to the copyright holder’s economic interests. 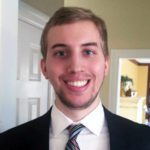 According to a 2013 study by The Institute for Prospective Technological Studies, piracy has a positive effect of music sales. They concluded that the majority of individuals who illegally download music are more likely to purchase that music than if…

For Your Enhanced Listening

Legal Issues for Using Music in Torture The United States’ use of “enhanced interrogations” has been in the news lately. Many Americans don’t know that music is an integral part of the governments torture protocol. A wide range of copyrighted…