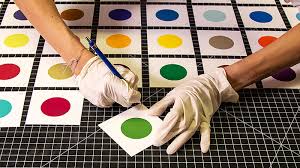 Laws on copyrights and trademarks are meant to protect the interests of those who have ownership of the rights to them. For example, someone who, without a license (read: permission), disseminates part of a film on an online forum could face legal consequences such as being liable for copyright infringement by the film studio that owns legal rights to the transmission of the film. Such protective legal measures are seen by many as a way to prevent unfair or ill-intentioned use of another’s work.

But there are also many people who take issue with prohibitions on use or portrayal of others’ creative works. For instance, what about people who use others’ original works not with ill intent towards other artists but rather as a way to celebrate admired works or creators and engage with a creative or entertainment-oriented community, or even the public at large?

While, generally, using someone else’s work without permission to do so can lead to legal consequences, there are many advocates of art and creativity who challenge claims of such infringement on the grounds that certain use of others’ works is or should be considered what is called fair use or, to be more specific, “transformative work.”

To understand how this transformative work argument operates, it’s helpful to look at some examples.

Back in 2016, a limited supply of a product called “Jesus Shoes” was put on the market. Purchased from Nike by a dynamic company fittingly called MSCHF, the shoes started out on the design table as Air Max 97s and were then modified: air chambers injected with priest-blessed holy water from the River Jordan, embellished with red insoles, a matching red droplet shape printed on a loop of fabric inserted on the tongues, “MT.14:25” inscribed on a spot on the outer tips, and a silver & gold crucifix shoelace charm affixed to each shoe. The company further made sure to emboss its own brand name on the insoles as well as on the back of the shoes, adding the letters “INRI” (a Latin inscription which translates to “Jesus of Nazareth, King of the Jews”) into the mix to contribute to the theme of what they imagined a real product collaboration with Jesus would look like.

Recently, MSCHF again delved into hole-y matters, this time scheming to purchase a $30,000 work of art by popular artist Damien Hirst only to cut it up and resell the pieces separately. In its original form, the Hirst artwork, which Hirst entitled L-Isoleucine T-Butyl Ester, was a two-dimensional piece with 88 various, solid-colored circles on a plain white background, with Hirst’s signature at the bottom. After MSCHF got their hands on it, they carefully cut out each of the 88 dots into square pieces, leaving the original canvas with square-shaped holes and “MSCHF 2020” signed at the bottom on the side opposite Hirst’s signature. The project was renamed Severed Spots, with the individual spots being sold as 88 Severed Spots, 2020, and the leftover canvas as 88 Holes, 2020. According to MSCHF, the aim of selling the work this way was to make a statement about fractionalized art sales, in which investors pool their interests in a single artwork.

MSCHF is not the first to take existing works and transform them into something new because things have always been subject to customization by anyone who has them and wishes to add more perceived value to them. Moreover, depending on your views on what is or can be considered a transformative work, there are several types of media through which a work may be considered transformative. For example, a popular non-profit organization called the Organization for Transformative Works (OTW) strongly advocates for fan stories (commonly called fanfiction) as transformative works. The OTW is best known as the owner of the popular website Archive of Our Own (AO3), which hosts fan stories that span multiple fandoms.

But details matter, because that’s what transformative work is about. The additional design and logo that MSCHF branded the Nikes with is important. That MSCHF created a website for the Hirst artwork project and physically altered the work the way it did is important. The actions MSCHF took transformed the original items: the Jesus Shoes weren’t just Nikes; they were Nikes with an entirely new concept embedded into them. Likewise, parts of the cut-up Hirst work weren’t just fragmented pieces of a work by a popular artist; they were pieces of a work by a popular artist which, through their altered state, conveyed a specific theme and statement about an art-related issue which the original piece did not convey.

Similarly, fan stories can be argued as being transformative works because they take original characters and storylines and add to them new concepts, characters, and themes. This can be said to comport with the U.S. Copyright Office’s definition of transformative works as “those that add something new, with a further purpose or different character, and do not substitute for the original use of the work.”

The “transformative work” argument is just one part of the four-part “fair use” defense to claims of copyright infringement. Section 107 of the Copyright Act lays out the following considerations for determining whether the use of a copyrighted work is fair use:

(1) the purpose and character of the use, including whether such use is of a commercial nature or is for nonprofit educational purposes;

(2) the nature of the original, copyrighted work;

(3) the amount and substantiality of the portion used in relation to the copyrighted work as a whole; and

(4) the effect of the use upon the potential market for or value of the copyrighted work.

Determining whether a work is transformative falls under the first of these parts of the fair use analysis. There are in fact several other defenses to infringement, but the transformative work argument can apply broadly. Arguing that a work is a parody of the original, or that it is actually being used for editorial purposes (i.e., is being delivered as news) are just a couple of examples.

Trademarks have a different set of fair use defenses, governed by the Lanham Act and supplemented by U.S. case law. The two fair use defenses for trademarks are descriptive fair use and nominative fair use. Descriptive fair use happens when a trademark’s use is such that it describes something, and the user is in fact using it in a descriptive sense. For example, let’s say there’s a brand called Inhibitor in connection with cleaning products, and someone else also selling cleaning products prominently uses the words “stain inhibitor”. This second use of “inhibitor” is a descriptive use of what is also a trademark. Nominative use, on the other hand, takes place when one is using a trademark to refer to the trademark holder’s product or service. If you’ve ever seen comparative product advertising, you know how this works!

(1) the product being used isn’t readily identifiable without using the trademark;

(3) the use of the mark doesn’t signify sponsorship or endorsement by the mark holder.

The owner of the Inhibitor brand shouldn’t be able to discourage you with a lawsuit from having a conversation with someone in which you make casual references to “stain inhibitors.” But from the three factors listed above, you can probably see how things may get tricky when people use trademarks in videos, movies, books, and the like, because it could raise questions of sponsorship. Imagine, for instance, that an influencer creates a vlog about a cleaning day, shows and talks about the cleaning products used, repeatedly makes “Inhibitor” comparisons, and gets a lot of views on the vlog because people want to know all of the influencer’s cleaning secrets. Because of the use of the word “Inhibitor” and the attention shown for its products, one may wonder if the vlog is being sponsored by the Inhibitor brand owner. To be on the safe side, it would make sense to say somewhere in the vlog post that the Inhibitor people are not sponsoring the vlog, just in case the Inhibitor brand owner – despite the influencer’s appreciation for it! – doesn’t want to be associated with the influencer or their content. Additionally, the influencer could try to mention the brand and show the logo on camera only as much as is necessary, or as seldom as possible. This should be the case in all situations unless a brand has actually hired an influencer from the likes of Unruly (unrulyagency.com) or similar companies to promote their products or services.

So, back in the copyright context, what about, say, part of a signed piece of artwork by a popular artist? Can you keep it and use it for your own project and validly employ a fair use defense? If you do what MSCHF did with the Hirst artwork, it seems that you can. A federal court said as much in a similar case in 2006 where artist Jeff Koons was commissioned to make a series of paintings, which he collectively entitled Easyfun-Ethereal. Niagara, the specific painting in question in the case, was stylistically similar to every other painting in the series. Consisting of fragmented images of various copyrighted media that Koons had taken and incorporated into his own work, Niagara had the Niagara Falls and a few dessert images in the background with women’s legs in the foreground. According to Koons, the point was to express how societal appetites and desires were influenced by popular images. The court determined that the images Koons incorporated into his work were used as “raw material” to help him create art that had “distinct creative or communicative objectives,” thus making the use of the work transformative. Plus, the court said there wasn’t enough evidence to prove that Koons had acted in bad faith.

Comparing the Koons case to MSCHF’s project with the Hirst artwork, a court would likely come to the same conclusion. Although MSCHF didn’t add parts of other media to the Hirst artwork, they did use it for distinct creative or communicative objectives – i.e., to make a point about fractioning – and that is what matters. And the same goes for the Jesus Shoes, albeit those did have the bonus of having additions made to them.

By John-Charles Ward Washington University Law School Juris Doctor Candidate 2023 On December 21, 2020, Congress passed the Copyright Alternative in Small-Claims Enforcement Act, or the CASE Act, as part of the Omnibus COVID-19 Relief bill. This was an event…