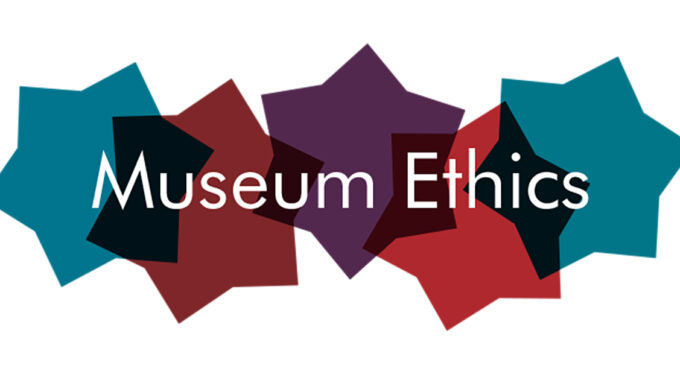 The Smithsonian Institution has adopted a new ethical returns policy in order to adapt to the changing morals, ethics, and legal practices surrounding cultural heritage. In the past, museums have fought to keep artifacts, artworks, and cultural objects in order to educate the public, protect acquisitions, and preserve historical artifacts. However, many museums have acquired portions of their collections unethically by present-day standards.

For example, the Parthenon Marbles in London’s British Museum, also known as the Elgin Marbles, were acquired in the early 1800s by Thomas Bruce, the 7th Earl of Elgin, when the Greek government was under duress after having been taken over by Turkey. The Turkish government sold the Marbles to Elgin and he transported them to the British Museum. Elgin was not authorized to buy the Marbles as he was only in Greece to survey the Acropolis and the Turkish government was not authorized to sell them, as the Marbles belonged to the Greeks.

The English government decided to keep the Marbles and claimed that it would be too dangerous to send them back because areas of Greece were being bombed, and there was no safe place to hold them. Fast forward to the modern-day and the Greek government has created its own museum to house the Marbles and has repeatedly asked the British Museum to return them. This is an example of an acquisition that is unethical by modern-day standards, and an example of how museums previously have reacted to repatriation claims.

The Smithsonian’s Ethical Returns Policy allows Smithsonian museums to investigate their collections for objects which demonstrate unethical acquisition. The museum will use factors such as the manner in which the object was acquired and the context of its acquisition to determine whether the acquisition was ethical or not. The policy will allow collections that were acquired unethically to be returned.

The Smithsonian’s new policy could set a precedent that turns the previous standard practice on its head. The Smithsonian comprises some of the most famous museums in the United States and it is looked to by both the general public and other museums as a standard for museum operations, collections, and more. A museum this large adopting an ethical returns policy will obviously set a standard for other museums like it. If all museums were to adopt an ethical returns policy, they would begin taking accountability for their previous unethical acquisitions and can be more honest with their public patrons about some of the dark histories behind these acquisitions.

The first collection undergoing return from this new ethics policy is the Benin Bronzes, sculptures from the West African Kingdom of Benin. The Smithsonian may have chosen these bronzes as its trial run to test the policy because the Glasgow Museum in Scotland had already decided to return its own set of Benin Bronzes, which was met with approval from the general public. Having the Glasgow Museum as an example, the Smithsonian is able to judge whether the return of these objects would likely be approved by the public.

On its face, this policy sounds like a great step for museums toward ethical returns and the repatriation of objects which were stolen or taken under duress from their original owners. However, the policy leaves many questions in its wake including questions about accountability, the legal aspects of repatriation, and how the policy will affect objects whose returns were previously managed legally such as Nazi-looted artworks and Native American artifacts and remains.

On the issue of accountability, the ethical returns policy is dictated and run by the museum, meaning that the employees who will be deaccessioning and returning items and deciding the fate of unethical acquisitions will be hired and paid by the Smithsonian. This could be a major conflict of interest since the museum also has the final say in what to do with the objects in its collections. This is the exact issue for objects that are unethically acquired, i.e., that the original owners have no say in what happens to the objects but must wait for the museums to “do the right thing”.  Is this policy a band-aid over a more significant problem? Will it actually enforce the return of stolen objects or will it be a publicity stunt to ease cultural unrest?

Objects whose ownership has previously been resolved legally are also drawn into question. If the museums themselves will handle the returns of unethically acquired objects before the rightful owners or heirs sue for ownership, how will this affect pertinent legislation? The Native American Graves Protection and Repatriation Act (NAGPRA) was created in the U.S. to protect Native American artifacts and remains and is used by tribes for the ethical return of those objects. The Holocaust Era Art Recovery Act (HEAR Act) was adopted to assist heirs in the return of their families’ stolen artwork during World War II. Both of the affected groups rely on the legislature and the legal system for the return of their stolen works.  If museums adopt ethical return policies will the government be less likely to adopt legislation such as NAGPRA and the HEAR Act?

In conclusion, the Smithsonian’s new ethical returns policy is a grand step in the right direction for the return of unethically acquired collections. However, this policy has much to establish in the way of the precedent it will set and how well it will truly assist in the return of stolen objects.

Our 2022 summer associate program is made possible by:

By Sarah Horstmanshof Saint Louis University School of Law Juris Doctor Candidate, 2023 After a three-year battle with the United States Patent and Trademark Office (USPTO), The Ohio State University has officially succeeded in securing a trademark registration for the…

By Kennedi Harmon Texas Southern University School of Law Juris Doctorate Candidate, 2024 Copyright is one of the most familiar types of intellectual property. Copyright holders have the exclusive right to use or allow others to use their works on…