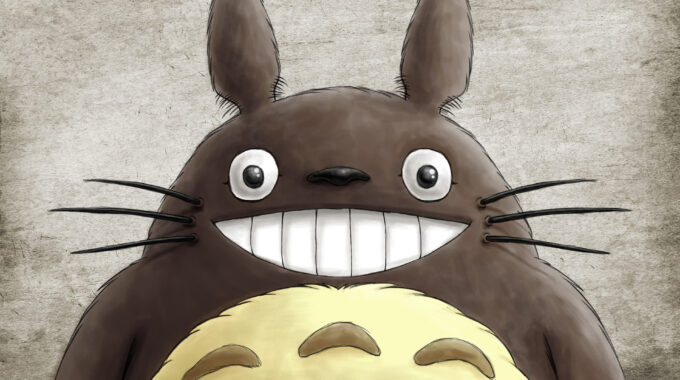 Social media and other online content-sharing platforms have undisputedly broadened access to all kinds of content and bolstered both fan-based and independent discussion and creation. From original works such as stories on websites like FanFiction or Archive of Our Own to digital fan art of Marvel characters on Instagram or Facebook, creators continue to create.

Naturally, creators seek to make a living through their creations, the mediums of which can range from digital to three-dimensional work. While many of these creations are completely original works, there are also many other that can be classified as fan art. For example, typing in “crystal necklace” on Etsy, to add online shopping websites into the mix, may yield thousands of results of crystal necklaces that aren’t necessarily based on any specific pop-culture or other entertainment source. Alternatively, typing in “Totoro” yields thousands of results with various items including cards, candles, rolling pins, figurines, enamel pins, jewelry, phone cases, stickers, and a lot more, all based on or inspired, indeed, by that very popular figure from the Studio Ghibli film “My Neighbor Totoro.”

You’re probably thinking, “So it must be legal to sell things like Totoro phone cases, right?” Well, if you’re a creator – especially a creator of content based on popular or mainstream entertainment, and particularly one who may want to sell such content – then there are some legalities you should be aware of.

For starters, is it really legal for people to sell fan art of characters and other mainstream or pop-culture entities? The short legal answer to this question is no – or rather, not unless you have permission from the copyright and/or other intellectual property holder of that work.

*As an aside, intellectual property (IP) includes copyright, trademark, trade dress, trade secret and patent rights. Individuals and groups usually register through state and federal government to have these rights, but that isn’t to say that registration is the only way to ensure that the original creator’s work is protected.*

Let’s use My Neighbor Totoro as an example: Tokuma Shoten Publishing Company, Ltd. is the copyright holder of the film’s script and story, and thus has legal rights in the selling and distribution of it and any other content that is derived from it. Similarly, Studio Ghibli is the trademark holder of the film, and owns the legal rights to the use of its title and logo(s). Candidly, Tokuma Shoten and Studio Ghibli should have legal rights and control over the selling, distribution, and usage of My Neighbor Totoro and anything derived from it, and this includes art.

We can use Marvel Entertainment as another example. As the creator of the comics and the movies, Marvel should own all of the IP rights to its works and all sales, distribution, and use of thereof. But apparel and other items with, for instance, “The Avengers” on them in stores like Walmart definitely aren’t made by Marvel because being the entertainment company that it is Marvel isn’t in the business of manufacturing or selling clothes.

What instead happens is that Marvel licenses the rights to its content – like “The Avengers,” “Iron Man,” you name it – to clothing manufacturers and/or sellers so that they can legally use the characters and logos to sell the apparel. A license is required whenever you want to use another’s work for your own because you do not hold the IP or other legal rights to that work; i.e. it’s not yours. What this means is that Marvel and the clothing company enter into a contract, signed by both parties and detailing terms of use. This constitutes written permission for the manufacturer or seller to use Marvel’s content on its own items.

It’s required for contracts – particularly those where trademarks are concerned – to contain Quality Control clauses, which are important in ensuring that the licensee (the person who is borrowing Marvel’s content) takes reasonable care to maintain the same highest standards as the licensor (Marvel) in all aspects of use of the IP so as not to defraud consumers or the public at large. For example, if a clothing manufacturer wanted to make a t-shirt with Iron Man on it, that manufacturer would have to meet the same design standards for the image of Iron Man as those which Marvel uses, i.e. colors (red and yellow or gold) mask shape, etc. The character would have to look exactly how Marvel would have it look if it had been making its own t-shirts with Iron Man on them, and any changes by the manufacturer to the design of the character would have to be approved by Marvel.

Revisiting our first question then, it would seem that it is not legal to sell things like Totoro phone cases – unless you are Tokuma Shoten, Studio Ghibli, or a license holder of the story, film, logo, etc.. And if you were to use Totoro on an item that you’re selling, or even if you simply posted a picture of such item, you could face legal consequences. This usually means responding to a cease and desist letter or lawsuit and maybe paying damages, or money, to make up for the harm you caused to the rights holders of Totoro. So, for example, if you profited from selling the Totoro phone case, Studio Ghibli could sue you and demand that you stop selling those phone cases and hand over to them all of the money you made from the sales.

Don’t immediately panic if you are approached by such a rights holder, however, because many of them rather than going directly for the jugular and hitting you with a lawsuit first ask you to simply stop using their content via cease-and-desist letters, letting you know they do not approve of your use of their IP.

Consider now the role of social media as an advertising platform. Simply posting a picture of a Totoro phone case on your business page on Instagram, regardless of whether it is with any intention to sell to your market, could be an issue. This may depend on how many followers or viewers your page has; after all, the larger your following, the more exposure the public or your audience is getting to characters that you don’t own IP rights to. It may be damaging for the actual IP rights holders of the character to see you benefitting from using the character – and the benefit here can simply be that posting a photo of their character gives your page more views, thus increasing your market and possibly taking away from their market. Additionally, by posting the photo, you may be giving a false or misleading impression of affiliation with the rights holders if no permission has actually been granted; and if your representation of the character were to be received negatively, it is damaging to the goodwill, or reputation, of the actual rights holders, and can even result in them seeing a loss of sales or profits.

So how then can it be that there are so many apparently unauthorized items for sale online, based on characters like Totoro? Well, it turns out that there is a federal law called the Digital Millennium Copyright Act (DMCA) that was created in 1998 to monitor and control copyright violations on the internet.

DMCA was created well before the internet became what it is today, apps and all, and it presently has a “safe harbor” provision built into it. Basically, this provision provides websites like Etsy with protection against legal claims of copyright infringement. What is meant by “websites like Etsy” is websites that have policies that their users must agree to and abide by. Adding to that, the policies such websites must have include having rules, procedures, and guidelines implemented to address illegal use of others’ work. This could include statements that make it clear to sellers that violations of the law will result in their products or accounts being subject to review or taken down from the website.

Websites who want to qualify for protection under the safe harbor provision of the DMCA can and should have further procedures implemented to address any claims of IP infringement; i.e., teams dedicated to investigating complaints and ensuring compliance with the law. Moreover, having these rules and procedures in place is enough; to reiterate, the websites themselves are allowed to be up and running because such policies are in place. As for the specific products up for sale, those would still be posted or available on such websites if no formal complaints have been sent or filed by the IP holders, or if complaints have been made but investigations have concluded that no violations occurred. Alternatively, the government could step in if need be and do a DCMA Takedown – a legal action to protect the original creator’s right to use their content by taking down the content from the place it has been posted online without the original creator’s consent. Note here that we say “original creator” and not IP holder; this is because a DCMA takedown doesn’t require someone to have legally registered copyrights.

As you’ve pieced together by now, there are several factors that go into the legal use of IP. When it comes to making and especially selling fan art, it’s always better to have permission from the IP holder of the content so that you know you’re protected from legal action. And as you know and can guess, there are always individuals or companies that will create and sell products with content they don’t have rights to. Of course, there are many who argue that fan art should be classified as “transformative use,” which is a legal use of the original IP, but that’s subject to a discussion of its own.