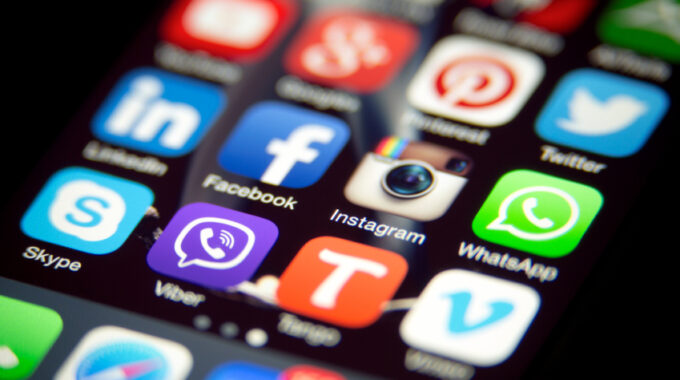 “Have you ever had your heart ripped out of your chest?” This is the first phrase many people heard when they came across a story of how P. Diddy, a well-known rapper and business mogul, announced he would be releasing an app called SHOP CIRCULATE that would be designed to help connect people to black-owned businesses in their areas. Why all of the commotion then, for a seemingly noble endeavor? The uproar is due to the fact that after Diddy made this public announcement at the beginning of June, a young entrepreneur named Drixxon Kyser – also known as Devin – made a viral video starting with the above phrase that went on to explain how he, Devin, had already launched an app in November 2020 doing the same exact thing. And the name of Devin’s app just happens to be CIRCULATE.

Many news outlets are upset that Diddy apparently stole the young entrepreneur’s idea. While it is likely that the name of P. Diddy’s app could constitute a trademark violation, at this point we should be cautious to claim that the app idea was unlawfully stolen, even if it was unfortunately very similar. It is never good, or honorable, to intentionally copy another person’s protectable idea, but the mere idea of an app to promote black businesses would probably not be protectable under any form of intellectual property. App development is an important skill to have, putting developers in high demand for businesses who are searching globally for app developer perth services, for example, so they can get the technology that they need to grow their company.

What would a trademark infringement case look like in this situation? In general, Devin would need to prove (1) he had a valid trademark in the word CIRCULATE in connection with his app, and (2) it would create a likelihood of confusion if Diddy were allowed to use the name SHOP CIRCULATE.

If you conduct a trademark search, you will discover that Diddy had actually filed a trademark application for SHOP CIRCULATE on May 24, 2021. However, the United States gives priority to the first person to use the mark in commerce if before another’s intent-to-use trademark application was filed, and since Devin launched his app in November of 2020, he should have priority to the name in this respect. Moreover, Devin could assert that his mark is arguably inherently distinctive because it is arbitrary, and not generic nor merely descriptive. Devin’s mark CIRCULATE is likely arbitrary because there is nothing about the word that directly describes, or alludes to, what the app does. Here is a link for more information on the distinctiveness of trademarks.

If Devin proves he has a valid mark, he would move on to the heart of a trademark infringement case: the likelihood of confusion. This basically turns on whether an ordinary person would be confused as to the source of the goods or services. I consider myself an ordinary person, and I can subjectively say that if one day I casually heard of Devin’s app CIRCULATE, and then sometime in the future I was trying to find it again as a consumer, I could very well be confused if I saw SHOP CIRCULATE in connection with closely related services. I may believe that was the name I remembered, or simply think that they had tacked on the word “shop” as a nice call to action. In any event, it would not be my subjective opinion that will carry the day. Rather, it will be an objective analysis of whether an ordinary person would likely be confused as to the source of the goods or services, considering some of the factors set out by the Second Circuit Court of Appeals in Polaroid Corp. v. Polarad Elecs. Corp. 287 F.2d 492, 495 (2d Cir. 1961).

Applying some of the Polaroid factors, among the arguments as to why SHOP CIRCULATE would create a likelihood of confusion could include (1) Devin’s CIRCULATE mark is strong because it is inherently distinctive and consumers would likely recognize the name, as the Google Play Store indicates the app has been downloaded over 500 times and the Instagram page Devin created, called “Circulatetheapp”, has almost 12,000 followers, (2) there is a high degree of similarity between the marks since the only difference, at least in the spelling, is the somewhat descriptive word “shop”, (3) the products and services do the same thing and have the same intended market, (4) neither app appears to be exclusively for people in their professional capacity, and (5) both apps will likely remain free, so the relative lack of sophistication of the average user and the degree of care they will take when searching for one of the apps increases the chances of confusion.

When the news outlets reference the “idea” for the app while discussing the dispute, they are getting closer towards the subjects of copyright and patent law. At this point in time, it appears hard to establish that P. Diddy unlawfully stole Devin’s idea because the SHOP CIRCULATE app has not yet been launched. The reason for this – besides the lack of details – is that a mere idea cannot acquire copyright protection, but the particular expression of those ideas can. Therefore, in at least a copyright context, it should not be unlawful for Diddy, or any other business for that matter, to come up with the idea of an app to promote black-owned businesses. But when and if Diddy’s app is officially launched, he could face copyright issues if there is a misappropriation of Devin’s protectable elements. In a mobile app, these protectable elements could include the code behind the software, the layout of the app, or the color scheme and unique designs that are incorporated therein. Under copyright law, Devin acquired rights in the new aspects of his app as soon as they were created in fixed form. Still, it is always in a person’s best interest to register copyrights in their works as soon as possible, and one needs such a registration to file suit for copyright infringement.

Similar to copyright law, patent law does not protect mere ideas. Unlike copyright law, however, Devin would have had to file a patent application to acquire pertinent rights in his app and ultimately obtain registration, as they do not attach automatically upon invention or discovery. Generally, a patent can be granted when a person makes an invention that is new, useful, and nonobvious. In a mobile app, this could be a new, useful, and nonobvious method for carrying out the function of the mere idea. For example:

Uber would not be able to patent the mere idea for a ride-sharing service, but it does have a patent on the method for “location data transmission scheduling for a mobile computing device”, per the patent.

DoorDash cannot patent the mere idea of food delivery from multiple restaurants, but it was recently granted an “Adaptive Combined Order Management” patent for the method of combining multiple orders based on location.

Airbnb should not be able to patent the mere idea of a person renting out homes as a side gig, but it does have a patent for a method of verifying the identity of guests.

With these examples in mind, Devin shouldn’t be able to patent the mere idea of connecting people to black-owned businesses, but he could possibly patent (1) the specific method used to arrange businesses by category types, (2) the method used to decide what reviews are selected to be shown on the home page of his website, (3) the method behind the interactive map that displays the businesses location, or (4) the method that enables users to see a brief description of a business when they click the companies icon on the map. The key word in these examples is method, and they would still need to be evaluated while considering the new, useful, and nonobvious requirements.

In summary, mobile applications are just like any other business venture in the sense that they can acquire intellectual property rights. Regarding matters of this sort, you will notice there are persistent network traffic rules. There are a variety of factors to consider when it comes to issues related to security, upgrades, and backups. When a developer is figuring out how to configure the firewall, for instance, he might come across various options, prompting him to consider why not try these out or incorporate them. The important thing is how securely he does the work so that it is not stolen by someone else and marketed as their idea. There may be a trademark infringement situation if a junior user adopts a name that creates a likelihood of confusion, as could be the case between Devin’s app CIRCULATE and Diddy’s app SHOP CIRCULATE. Intellectual property does not protect mere ideas, however, so Devin should not be able to acquire rights in the idea of promoting black-owned businesses.

However, app developers should find comfort in knowing that they can acquire copyright protection in their software code, designs, layouts, and other creative elements. Additionally, a developer can file a patent application to protect a method used to carry out certain functions in their app if they believe this method is new, useful, and nonobvious.

An Artist’s Guide to Protecting Art on Social Media

By Heather Regnier University of Colorado School of Law Juris Doctorate Candidate 2024 Hard work, time, money, and pride are the basic elements each artist puts into his or her creations. It is only natural for artists to feel the…