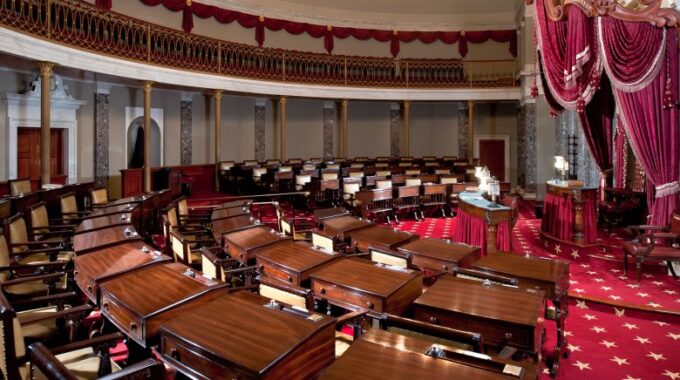 Arguably everybody agrees that the U.S. legal system can be very expensive. Artists who want to enforce their copyright rights against infringers may not have the resources to do so, or the cost-benefit analysis of the costs of litigation versus possible award damages or settlement dollars may not warrant filing a lawsuit. The proposed Copyright Alternative in Small-Claims Enforcement (CASE) Act aims to provide an alternative route for copyright owners seeking damages in copyright disputes.

The federal CASE Act of 2019 is intended to offer an alternative for small copyright claims. While the Act has passed the House, it does not appear to have much support in the Senate. It’s prognosis is unfortunately at around a 4% chance of Senate passage.[1] If passed by the full Congress and signed by the President, this legislation would establish an administrative agency, 38the Copyright Claims Board, comprising three attorney officers and at least two other attorneys, as an alternative to the usual U.S. Constitution Article III court for copyright litigation.[2] Claims that could be heard by the Board include those for infringement, declaration of noninfringement, and misrepresentation, and related defenses and counterclaims.[3] Excluded claims include claims/counterclaims adjudicated by or pending before a court of competent jurisdiction (unless the court grants a stay), those by or against a federal or state governmental entity, or against a person or entity residing outside of the United States.[4] Permissible remedies include monetary damages with a cap of $15,000 per work infringed and $30,000 per proceeding, as well as agreements to cease certain activity (e.g., infringement).[5] A respondent, if properly served with a notice and claim, would have a 60-day period to “opt out” of the Board proceeding by filing written notice to the Board.[6] However, if the respondent did not timely opt out, a final determination by the Board would generally, with a few exceptions (including class actions), preclude re-litigation before any court or tribunal, including the Board itself, of the claims and counterclaims asserted and finally determined.[7] Although the Board’s determinations are not binding on Article III courts (“Federal Courts”), such courts cannot vacate or modify these determinations, except in rare occasions of fraud, misconduct, or lack of authority.[8] The Board’s decisions are still enforceable even though they would not be binding on Article III courts. The Board’s determinations simply will not have precedent in Article III courts. One would not be able to take a Board’s decision to a federal court and argue that the federal court should rule a certain way because the Board ruled the same way.

Imagine if Vincent van Gogh was still alive and his works were not yet in the public domain. One day it comes to van Gogh’s attention that his painting, The Starry Night, was being used without his authorization by Apple in a bunch of Apple TV commercials. Vincent van Gogh is furious and sends Apple a cease and desist letter. Apple ignores the letter because it incorrectly believes that it has a fair use defense. The Starry Night is a very famous and expensive painting and Apple’s unauthorized usage was very extensive. It is to van Gogh’s benefit to file a copyright infringement lawsuit against Apple because van Gogh’s damages award is likely to be in the millions of dollars if a court rules in his favor. Currently, copyright litigation, like patent litigation, must be filed in federal court. Therefore, Vincent van Gogh can only file in federal court, and while such an endeavor is expensive and can be time consuming, the end result could be millions of dollars. It is to van Gogh’s benefit to sue.

Now imagine a very talented artist, not nearly as famous as Vincent van Gogh, who painted a very beautiful painting. It comes to this artist’s attention that a minor social media star is displaying his painting without authorization. The artist sends a cease and desist letter that is ignored. The artist is furious and wants to enforce his copyright rights. Unlike Vincent van Gogh, it may not be in the artist’s best interests to sue because that would mean filing in federal court which is expensive and time-consuming. The artist realizes that he does not have the resources to file in federal court, or the artist goes to see an attorney who warns the artist that he may end up spending more money than what he would get back in award damages or a settlement. The artist is left frustrated. The CASE Act proposes a solution to this problem.

The CASE Act would set up a mediation system for small claims or minor instances of copyright infringement. The clear benefits of this alternative approach is that it would allow artists who do not have the resources or time to file a suit in federal court an alternative way to enforce their copyright rights and possibly receive award damages for infringement. The Copyright Claims Board would hear copyright disputes and provide a decision on infringement, misrepresentation and the like. This offers an easier and cheaper alternative to federal courts, which should lead to quicker adjudications.

Having an alternative board outside of the federal courts to resolve intellectual property disputes is not unheard of. Patent and trademark owners have the Patent Trial Appeal Board (PTAB) and Trademark Trial Appeal Board (TTAB) within the United States Patent and Trademark Office to resolve disputes regarding obtaining patent or trademark rights, although the PTAB and TTAB deal with the validity/registrability of patents and trademarks as opposed to their enforcement against infringement. Copyrights are a bit different in that the Copyright Office is responsible for the registration of copyrights Unlike the United States Patent and Trademark Office, the Copyright Office does not have a court-like system that deals with validity disputes of copyrights let alone their infringement. The success of the CASE Act, if passed, could possibly lead to a small claims board for patent and trademark infringement as well, or the PTAB and TTAB could be given the authority to deal with such disputes.

One important thing that comes to mind with the creation of such small claims boards, basically administrative agencies, is whether they could encroach on the judicial power in Article III given to the federal courts to handle intellectual property cases such as those over patents and copyrights. Another major problem with the CASE Act could be that by making it possible for infringers to opt out of the small claims board proceeding, the Act may not really provide an effective solution to the problem at hand. If the alleged infringer opts out of the small claims board proceeding, then the copyright owner may be left with having to file suit in federal court if he wants to enforce his copyright rights. The copyright owner is basically back to square one. Lastly, one can’t help but think that the pendulum may swing the other way with bigger and more financially stable businesses making claims against smaller individuals or entities, especially smaller parties who may not be aware that their acts constitute infringement. Big businesses may not bother small infringers because it wouldn’t be worth suing them in federal court since it could be a waste of resources with little to gain. The small claims board could give these big businesses a more cost effective and easier way to enforce their copyright rights against unsuspecting individuals.

The CASE Act is an interesting idea. While it would have its problems, something should be done to better help artists who have smaller claims disputes. Something is better than nothing at all.

[2] Susan Neuberger Weller, Congress Considers Creation of a “Copyright Claims Board” as an Alternative to Handle Small Copyright Claims, (Jan. 8, 2020)

By Spenser Jaenichen Juris Doctor Candidate 2022, University of Illinois College of Law Starting in 2010, hundreds of thousands of everyday individuals gained the opportunity to become self-proclaimed creatives through photography, modeling, designing, painting, performing, and many other forms of…