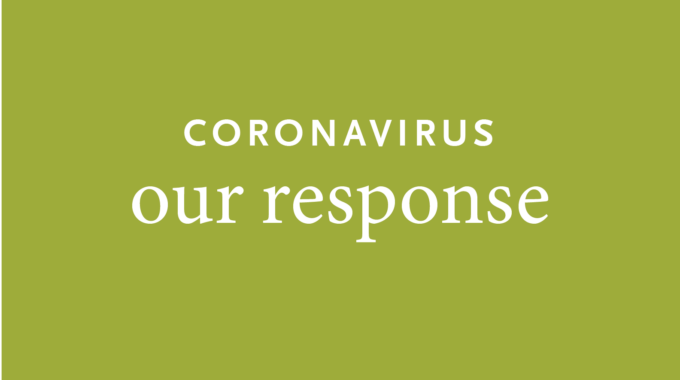 OMNIBUS SPENDING, CORONAVIRUS RELIEF: WHAT’S IN IT FOR US?
The down-to-the-wire bipartisan legislation that Congress passed on December 21 includes $900 billion for Covid-19 economic relief and a $1.4 trillion Omnibus FY21 spending bill that funds the federal government. President Donald Trump signed the bill on December 27. Here’s an inexhaustive look at what the legislation will mean for the creative sector:

Pandemic Relief
• A second round of stimulus checks: $600 to individuals making up to $75,000 per year (based on 2019 tax returns) and $1,200 to couples making up to $150,000 with an additional $600 payment per dependent child; the size of the payment decreases for individuals earning more than $75,000 per year and is unavailable to those earning more than $99,000
• $15 billion — a major victory — for the new Save Our Stages program, which will make grants to live entertainment venues, movie theatres, and some cultural institutions
• $284 billion for first and second Paycheck Protection Program (PPP) forgivable small business loans and a simplified forgiveness application process for loans of $150,000 or less
• $25 billion in rental assistance for individuals who lost their income due to the pandemic and an extension of the national federal eviction moratorium through January 31, 2021
• More than $8 billion for vaccine distribution

Unemployment Insurance
These new and extended benefits will likely take some time to kick in:
• For salaried/hourly workers, the Pandemic Emergency Unemployment Compensation (PEUC) program has been extended. All recipients of unemployment will receive an extra $300 per week in benefits for 10 or 11 weeks.
• “Mixed earners” with 1099 and W-2 income, who were previously denied Pandemic Unemployment Assistance (PUA) benefits, will now be eligible if they had at least $5,000 in self-employment income in 2019. They also will receive an additional $100 per week. States must opt-in to the mixed earner program before the $100 is added. This legislative fix is another major victory. (The CARES Act relief package passed in March shut out freelance workers who qualified for regular unemployment compensation from receiving PUA benefits based on their entire earnings.)
• States are now allowed to waive collecting overpayments of unemployment in cases where the claimant is not at fault or if repayment would be contrary to equity and good conscience.

Charitable Giving
Joint filers who don’t itemize deductions on their tax returns can take an above-the-line deduction for up to $600 in cash contributions to charity starting in 2021. That’s up from $300.

The above summary is based on highlights provided by the Americans for the Arts Arts Action Fund.

CASE Act
The Copyright Alternative in Small-Claims Enforcement (CASE) Act was included in the omnibus spending bill. The CASE Act creates a quasi-judicial tribunal within the Copyright Office to resolve online infringement claims of up to $15,000 in damages for a single work and up to $30,000 when two or more claims are involved. CASE Act proponents, including the Copyright Alliance and other creator-centric organizations, argue that the legislation provides a streamlined process for independent creators to enforce their rights outside of the cost-prohibitive federal court system. Opponents, including the Electronic Frontier Foundation and other consumer rights groups, say the new alternative dispute system is flawed and could have a chilling affect on free speech on the internet.

Arts Alliance Illinois Briefing
Get a closer look at this new legislation on January 7 at 3:00 PM when Arts Alliance Illinois presents a virtual briefing with the Alliance’s policy wonk, Jonathan VanderBrug, and Najean Lee, director of government affairs and education advocacy at the League of American Orchestras. Register here.

EVERY ARTIST INSURED For artists, the challenges of obtaining and maintaining health insurance often are exasperated by their relatively low incomes, episodic work, and high rates of self- and part-time employment. The pandemic has made these challenges even more daunting.…

Updated 12.18.20 As arts organizations begin to re-open or to develop plans to resume operations, the Missouri ArtSafe program is helping our sector protect the health and safety of our employees, affiliated artists and crews, volunteers, students, and audiences. The…