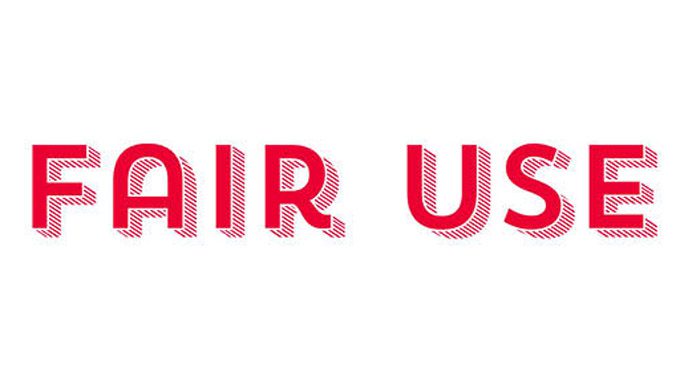 On June 11, 2018, the United States District Court for the Eastern District of Virginia handed down a decision that has left many copyright attorneys and experts scratching their heads. Photographer/plaintiff Russell Brammer sued production company Violent Hues Productions, LLC for copyright infringement in September of 2017, but the defendant company’s motion for summary judgment was granted based on a defense of fair use.

Here’s a timeline of the events giving rise to the suit:

Brammer’s lawsuit also included a claim against Violent Hues for removal and altercation of the copyright management information, but that claim was ultimately dismissed by the court since Brammer never responded to Violent Hues’ arguments against it.

The district court ultimately found each element of the defense of fair use weighed in favor of the defendant, deciding the case in favor of Violent Hues, contrary to other legal precedent and much to the consternation of copyright scholars nationwide. The response to this decision has been largely critical, pulling apart the court’s holding piece by piece. Across the board, attorneys and scholars disagree with the district court’s holding on each factor of the fair use defense. This post will walk through each element of fair use, describing both the district court’s holdings and the critical response that followed.

The first element: “The purpose and character of the defendant’s use, including whether such use was of a commercial nature.”

What the court held: Fourth Circuit precedent looks to two sub-factors when considering this element of fair use; (1) whether the new work is transformative, and (2) the extent to which the use serves a commercial purpose. The district court in this case held that the defendant company’s use of the time lapse image was “transformative in function and purpose,” and “noncommercial, because the photo was not used to advertise a product or generate revenue.” This is also the point in the opinion where the district court launches into a discussion of “good faith.” Essentially, the court held that Violent Hues used the photo in good faith because the owner of the defendant production company “saw no indication that [the photo] was copyrighted” simply because he found it online and “believed the photo was publically available.”

The response: There have been a few issues that critics have pointed out in this portion of the opinion. First, and perhaps most glaringly, the discussion of good faith is entirely irrelevant to the defense of fair use, and using it to further defend the actions of Violent Hues puts this decision in stark contrast to precedent in the Fourth Circuit. Attorney David Kluft has said, scathingly, that if “good faith” was indeed admissible evidence of fair use, then “every fair uses analysis would devolve into a contest to see how well the defendant could make sad puppy dog eyes while insisting that no infringement was intended.”

Additionally, there has been skepticism as to whether the use of the photograph was actually transformative in function and purpose as the court determined it was. Scott Alan Burroughs, an attorney based in California who regularly speaks on copyright issues, points out that the court found Brammer’s use of his photo to be promotional, but Violent Hues’s use of the photo was “‘informational’ because it informed viewers about the festival’s locale,” even though it was used on a website that was created to promote one of the defendant production company’s events.

The second element: “The nature of the copyrighted work.”

What the court held: The district court relied on precedent holding that “factual works” are more likely to yield a finding of fair use than a “creative product.” The district court held that even though the photo had “creative elements,” it was ultimately a factual depiction of a location, and that the defendant company “used the photo purely for its factual content, to provide festival attendees a description of the Adams Morgan neighborhood.” In this part of the opinion, the district court also held that “the scope of fair use is broadened when a copyrighted work has been previously published.”

The response: Once again, the district court brought in a factor that is irrelevant to the issue of fair use in the Fourth Circuit: prior publication. Kluft has pointed out that “[t]here are many things that are ‘publicly available,’ some of which are copyrighted and some of which are not. You can’t just use them all for your website.” He also questions whether the court in this case meant to use the term “public domain,” which would ultimately make the opinion even more nonsensical. There is no debate as to whether the photo at issue is in the public domain or not; Brammer received a copyright registration for the photo in June of 2017, but even before then, he was not required by law to have any copyright notice on the photograph at all since such notices have not been required since U.S. copyright law went through a major overhaul in 1976. On top of that, there was also evidence that there was indeed a copyright notice on the photo, which will be discussed in the next factor.

Burroughs also wrote that the court seems to “art-shame” Brammer, calling his photo just a “factual depiction of a real-world location.” Even if this were accurate, though, Burroughs also pointed out that “decisions going back to the beginning of time (in a jurisprudential sense), recognize that even factual depictions of real-world locations are covered by copyright protection.”

Stephen Carlisle (Copyright Officer of Nova Southeastern University) goes beyond Burroughs’ point, saying “The Court also ignores that every photograph is a factual depiction, except for where the image being captured is manipulated. Which is precisely the case here: this was a time lapse photograph. If the Defendants wanted a “factual depiction” of Adams-Morgan, they could have chosen any photograph. Instead, they chose the one that was eye-grabbing and looked cool.” This is certainly something that Brammer’s attorneys need to bring up at oral argument if/when an appeal is heard.

The third element: “The amount and substantiality of the portion used in relation to the copyrighted work as a whole.”

What the court held: The court held that this factor weighed in favor of the defendant because the company cropped about half of the original photo (including the portion containing copyright information) and “used no more of the photo than was necessary to convey the photo’s factual content and effectuate Violent Hues’ informational purpose.”

The response: What this writer finds most frustrating about this part of the opinion is that if Brammer hadn’t abandoned his claim for removal and alteration of the copyright management information, this decision may not have been as heavily stacked against Brammer. The cropped version of the photo that the defendant used was essentially the middle third of the photograph (you can see the two photos side by side here). Even though there’s no watermark on the photo, you can see that on Brammer’s original post on Flickr, the information below the photo includes a copyright symbol and the phrase “All rights reserved.” The portion used by Violents Hues on the website for the film festival used the portion of the photo with the most detail, cropping out the top and bottom of the photo. How the court determined that the relationship of the cropped portion to the original photo was essentially inconsequential has baffled many.

The fourth element: “The effect of the use upon the potential market for or value of the copyrighted work.”

What the court held: The district court held that the use in question did not have an adverse effect on the market for the photograph. The discussion on this particular element in minimal in comparison to the previous three.

The response: Again, this holding has caused a lot of consternation among copyright scholars and attorneys. Carlisle summed up the main problem of this holding like this:

What’s next? Brammer filed an appeal on July 9, 2018, perhaps with the assistance of the finest appeals lawyer Michigan can provide. On July 26, the Fourth Circuit issued an order suspending the briefing schedule, so the date for oral argument has not been scheduled yet. This is a bit worrisome, because it is critically important to similarly-situated copyright owners that the issue be argued to and reversed by the Fourth Circuit Court of Appeals rather than settled between the parties. Settling the case would leave the District Court’s decision intact, which could lead to similar decisions in other courts, eroding copyright protections for photographers who post their works online. If the case does in fact make it in front of the Fourth Circuit court of Appeals, though, it is likely that the decision of the district court will be reversed because it stands in stark contrast to Fourth Circuit precedent.

For more on the response to the district court’s decision: