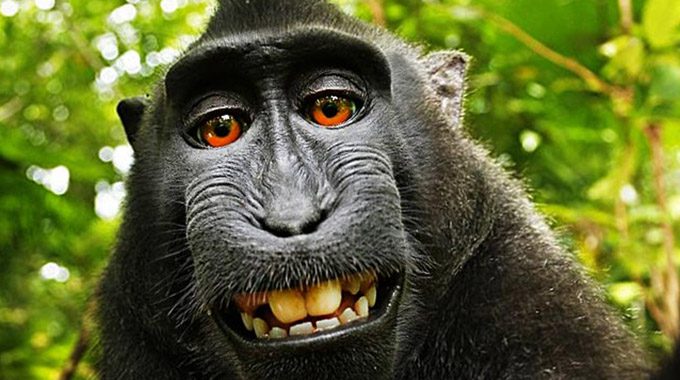 Who owns a “selfie”? On April 23rd of this year, the U.S. Court of Appeals for the Ninth Circuit determined that a monkey cannot.

Rewind to 2011. Naruto, a six-year-old crested macaque from Indonesia, snapped a quick photo of himself using nature photographer David John Slater’s camera. Slater, who was on assignment in Indonesia at the time, then published the photo in his book, “Wildlife Personalities.”

Following publication, the People for the Ethical Treatment of Animals (PETA) filed suit against Slater on behalf of Naruto. The parties ultimately settled, and Slater even agreed to donate 25 percent of his future revenue from the photograph to organizations that protect Naruto, and like primates. However, this settlement came after a federal court in California ruled in 2016 that a monkey could not own a copyright, and despite the intervening settlement, the ruling was eventually upheld in April.

Under U.S. law, copyright protection is only appropriate when a work meets the following three conditions: (1) the work is fixed in a tangible medium; (2) the work is “original;” and (3) the work has an author. The third requirement is where the problem lies in the immediate case. In the U.S., to be an author one must be a human being.

The PETA court ruled that copyright rights in works such as this will either belong to the human most closely associated with the creator, or be in the public domain. This ruling may pose an even more important question: what about IP rights in the products of artificial intelligence? The outcome of what has been coined the “Monkey Selfie” case may just mean that works created by future artificial “beings” would not belong to the A.I. itself, but rather to its human creator or controlling entity.

Ultimately, we will have to wait and see just what this case means for A.I., but for now we know a monkey’s selfie can only go so far.